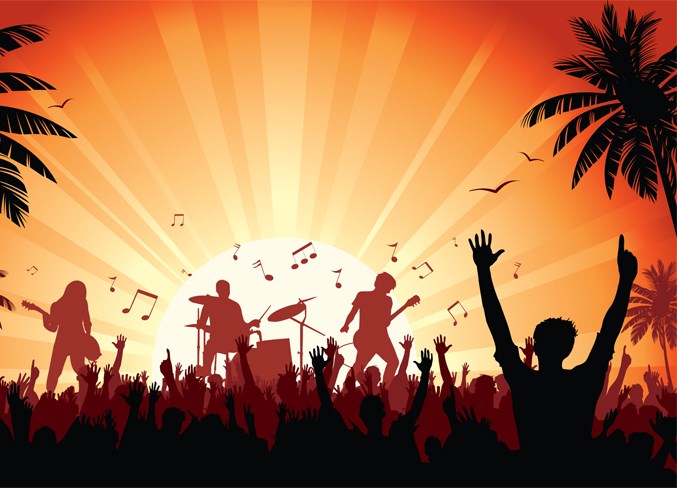 It might be cold outside, but you can pretend you&#8217;re on a Hawaiian beach March 9, at the Bragg Creek Community Association&#8217;s Skuzzy Beach Party.

It may not look like Hawaii outside, but the Bragg Creek Community Association (BCCA) is hoping you’ll pretend you’re on a warm beach, regardless, at the Skuzzy Beach Party, March 9 at the Bragg Creek Community Centre. “We’re encouraging people to come out wearing their Hawaiian shirts,” said Christine Pollard, the program and events manager for BCCA. “There will be a lei giveaway and that sort of thing. It’s sort of like a beach party in the middle of the winter. “It’s been a long, cold winter, and I think people are just getting tired of it.” The event, which will act as a fundraiser for BCCA, will include Hawaiian-themed drinks, a silent auction and a 50/50 draw. Attendees can also show off their flexibility and hip-shaking abilities during limbo and hula-hoop contests. A cantina-style meal will also be provided, according to Pollard, and local band Skuzzy and the Woodticks will provide live entertainment starting at 8:30 p.m. While this will be BCCA’s first Hawaiian-influenced event, Pollard said the association has put on other themed fundraisers during past winters. “A couple of years ago, we did a Valentine’s Day murder mystery interactive dinner theatre,” she said, adding the event saw a good turnout, with every table sold. The event is for adults only, Pollard said, and proceeds will support BCCA and the community centre. “Right now, we’re running on a deficit, so we’re trying to raise some funds to go back into maintaining the building and beautifying some spaces, so we can generate some more ongoing revenue,” she said. Tickets for the Skuzzy Beach Party are $40 per person, or $300 for a table of eight. There are a total of 210 single tickets available and 20 large tables. Tickets can be purchased online at eventbrite.ca or in person at the Bragg Creek Community Centre. As of Feb. 28, according to Pollard, six tables of eight and 40 single tickets have been sold, meaning plenty more are still available. Tickets can also be bought at the door. Doors will open at 6:30 p.m. and the dinner will be served between 7 and 9 p.m., according to Pollard. “Everyone is welcome, not just community members. It’s open to everyone in the surrounding areas,” Pollard said.