In May, DayBreak Church has seen an explosion in the number of people signing up for the Good Food Box (GFB) program. “Our normal orders average about 130 [boxes], twice a month,” said Lynn Michaels, program co-ordinator.
May 29, 2020 1:00 PM By: Ben Sherick 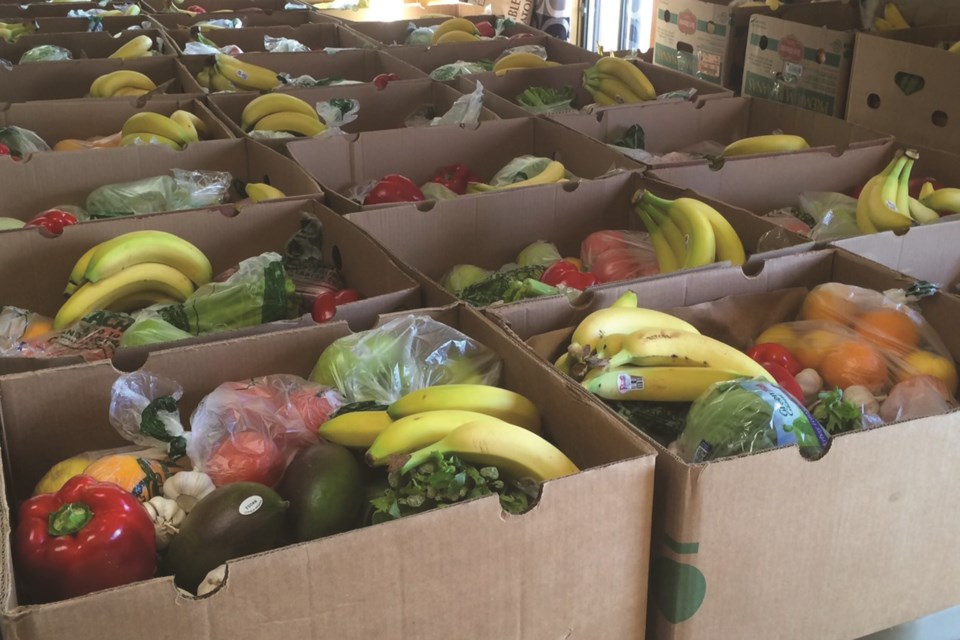 In May, DayBreak Church has seen an explosion in the number of people signing up for the Good Food Box (GFB) program.

“I have no idea where they came from, but they keep coming in, so we keep putting them on the order”.

According to Michaels, GFB is offered by the Community Kitchen Program of Calgary. DayBreak Church has been operating as the local depot since 2006 – at that time, only a dozen boxes were ordered.

Michaels said the goal of GFB is to be a “hands-up” program that allows families to buy healthy groceries. Through GFB, she said, families can purchase a box of fresh produce at a low cost. Boxes come in three sizes, with families able to purchase a 25, 35 or 45 pound box.

According to Michaels, families prepay for their boxes two weeks in advance. The boxes are assembled by the Community Kitchen and DayBreak rents a truck to transport them to Airdrie, where they are picked up.

Clients come not only from Airdrie, she said, but also Crossfield, Beiseker and Irricana. The majority are community members with no affiliation to the church.

Based on feedback from clients, Michaels attributes the recent growth in the program to people’s hesitation to enter grocery stores during the COVID-19 pandemic

“They love it because they do not have to go to a grocery store,” Michaels said. “They can just come and get their food and they’re good for the next couple of months.”

While clients used to walk directly into the church to collect their box, DayBreak has implemented measures to protect against the spread of the virus, Michaels said.

“We have curbside pickup right now,” she said. “The clients do not even get out of their vehicle. We have people take their order, and somebody else puts their box in their vehicle for them and they’re on their way.”

With the increased number of orders, Michaels said the main challenge will be transporting the boxes to Airdrie, as two trips may be necessary to handle all the orders. Otherwise, she said she has a dedicated force of volunteers who are able to handle the increase.

“Because it’s curbside, we run a pretty lean group in order to keep social distancing,” she said.

More information about the program is available at daybreakairdrie.com