Dilapidated Irricana Hotel could be yours for just $90,000

The historic Irricana Hotel is up for sale, with a current price set for just under $90,000 for the 111-year-old building.

Built in 1910, the hotel was once a bustling venue for drinks and conversation, but it now sits empty and uninhabited – with the exception of numerous cats – due to the structure’s unsafe conditions.

“It is an absolute treasure to me. I’ve got all my plans of what I planned on doing with it,” said the previous long-time owner, Clark, who asked to be referred to only by his first name.

Clark said a lack of cash flow from the business over the years contributed to the current situation.

According to a post about notable and historic local buildings on the Town of Irricana’s website, the old hotel was once the “hub of Irricana life,” and was one of the only stopping houses located between Calgary and Drumheller. 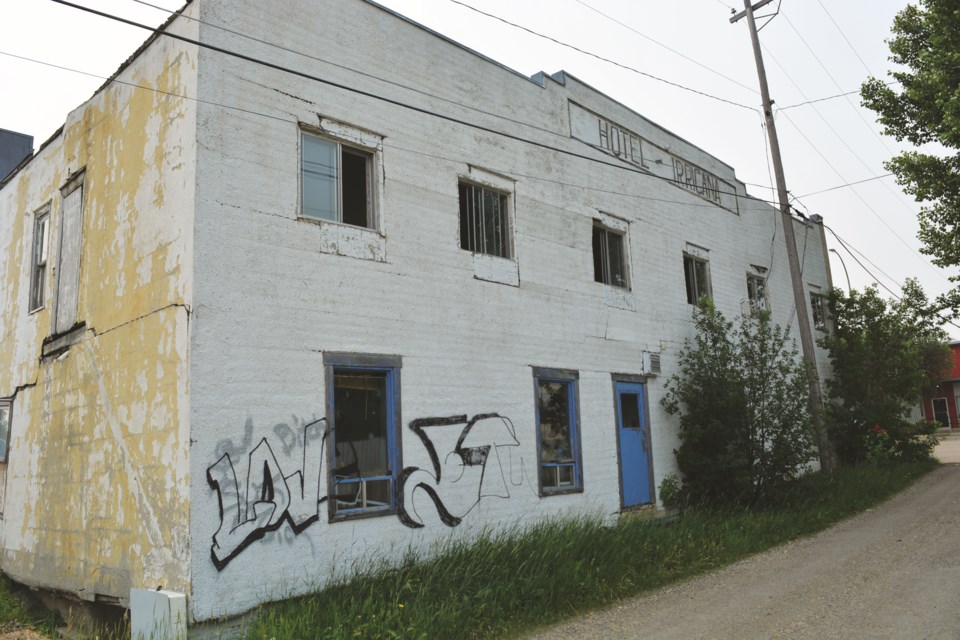 The building has fallen on hard times, with broken windows, a cracked foundation, graffiti and more. Photo by Lauryn Heintz/Rocky View Weekly

“The once-three-storey building was renovated after a major fire swept through Irricana’s business district around 1928,” the post explained. “As prohibition was taking its toll on hotels in general, the top floor was dismantled and materials were recycled to assist in rebuilding the town after the big fire.”

While the hotel initially offered rooms, a tavern, restaurant and Irricana’s first telephone exchange, the Town’s post states the hotel’s most recent claim to fame was a collection of old murals painted on the tavern walls around 1925 by Guy Welsh.

Steve Sklenka, the realtor who listed the property for sale, said the reason for the low listing price is the lack of knowledge surrounding the integrity of the structure and the potential for the buyer to end up with just the land if the dilapidated building does have to be demolished.

He has yet to even step foot inside the property and noted no one will be permitted inside until the hotel is deemed safe.

“Obviously, the condition of the hotel is reflected in the price,” Sklenka said. “I’m not 100 per cent sure what the integrity of the structure is, so, it is being sold as is, where is.”

Following a story CTV Calgary aired about the hotel being listed for sale on July 6, Sklenka said public interest surrounding the property has peaked significantly. He claimed there are several people who have expressed interest in looking inside the property since then, as well as individuals willing to make offers without a viewing.

Most of the inquiries have been from people outside of Irricana, according to Sklenka. 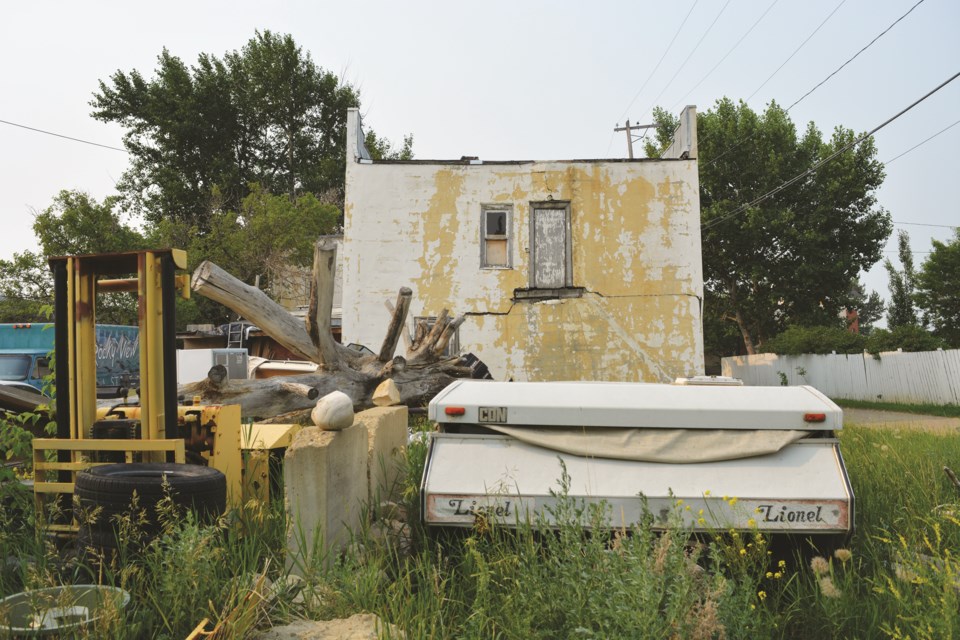 The hotel is far from the bustling gathering place it used to be. Photo by Lauryn Heintz/Rocky View Weekly

In regard to the listing of the building and the potential for the buyer to restore it, Clark claimed the building currently has no commercial value, and it hasn’t been open for more than a decade.

“If somebody gave you this building today, it would be nothing but a pain […] and a liability if you weren’t prepared to put in quite a bit of time and minimum of $100,000,” he said.

However, due to the age and history of the building, there is a possibility the property may qualify for a historic resource conservation grant through the provincial government. If that were awarded, funds could be allocated to preserve, rehabilitate and restore the building as a municipal historic resource.

That choice would be up to the buyer, although Sklenka said he thinks the designation of the hotel as a historical site would be beneficial to the property, as well as the community.

For now, Sklenka wants potential buyers to know the condition of the former hotel truly is ‘as is, where is’ and that the bronze horse landmark outside the building is not included in the sale price.

However, he said negotiations could be made to make the stallion a part of the arrangement.