It's time to embrace the funny as the Airdrie Children's Festival (ACF) presents the fundraising event Comedy and the Bert, March 1 at Bert Church LIVE Theatre. “One of our main principles of the Children's Festival is inclusion.
0
Feb 21, 2019 12:01 AM By: Allison Chorney 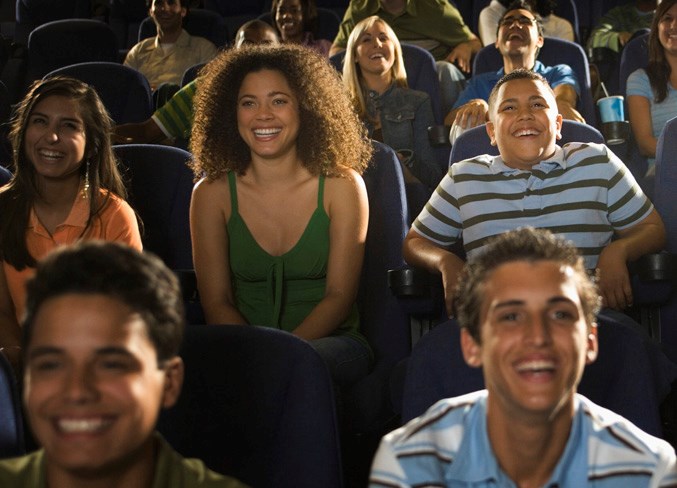 Prepare yourself for the belly ache that comes with laughing too much, as the Airdrie Children&#8217;s Festival presents Comedy at the Bert March 1. The fundraising event will be headlined by Just for Laughs performer Tim Nutt and local comedian Tim Lowing will open.

It's time to embrace the funny as the Airdrie Children's Festival (ACF) presents the fundraising event Comedy and the Bert, March 1 at Bert Church LIVE Theatre. “One of our main principles of the Children's Festival is inclusion. To achieve this, we need to keep our festival free for everyone to attend. This Comedy at the Bert fundraising event will go a long way to help us achieve that,” Pete Lewis, Airdrie Children’s Festival Society chair, said in a press release. Headlining the hilarious event will be comedian Tim Nutt, who has performed at comedy festivals all over the world, including the Edinburgh Comedy Festival, Montreal’s famous Just for Laughs, Halifax’s HA Comedy Festival and The Winnipeg Comedy Festival. “I saw Tim Nutt live in Calgary a few years ago and can tell you that you are in for a full night of laughs,” Lewis said. Don't let Nutt's "rough-around-the-edges" exterior fool you – according to the ACF press release, his razored-down punch lines and well-conjured-up premises place him as one of the top comics working today. It will be an evening of Tims as local comedian Tim Lowing serves as master of ceremonies and will open for Nutt. "When we decided to do this fundraiser, [Lowing] was the first guy we called and he totally bought into it," said ACF media contact Tara Levick. "He actually knows Tim Nutt, so it was a perfect fit." The event will include the entertainment, appetizers (included in the purchase of a ticket), a silent auction and a cash bar. Tickets will be sold right up to March 1 and are $50 each. "We know Airdrie is kind of last minute, so we want to leave it as open as possible," Levick said. Appetizers will be provided by the Airdrie Rotary Community Kitchen. "We are trying to stay local and support local," Levick said of the participation of the Rotary Kitchen. "They are doing a showcase of their kitchen and their food." All proceeds from the event will go towards ACF, which will be expanded to two days this year – June 1 and 2 at Nose Creek Park. "Last year there was such a huge buy-in, we thought we'd try the second day," Levick said, adding performers will be announced soon. The expanded festival means more volunteers will be required to make sure the event is a success. Those interested can visit airdriechildrensfest.com for more information. "We are always looking for people to get involved," Levick said. Tickets to Comedy at the Bert are available at airdrie.ca by searching "Bert Church Theatre." The show starts at 7:30 p.m. March 1.