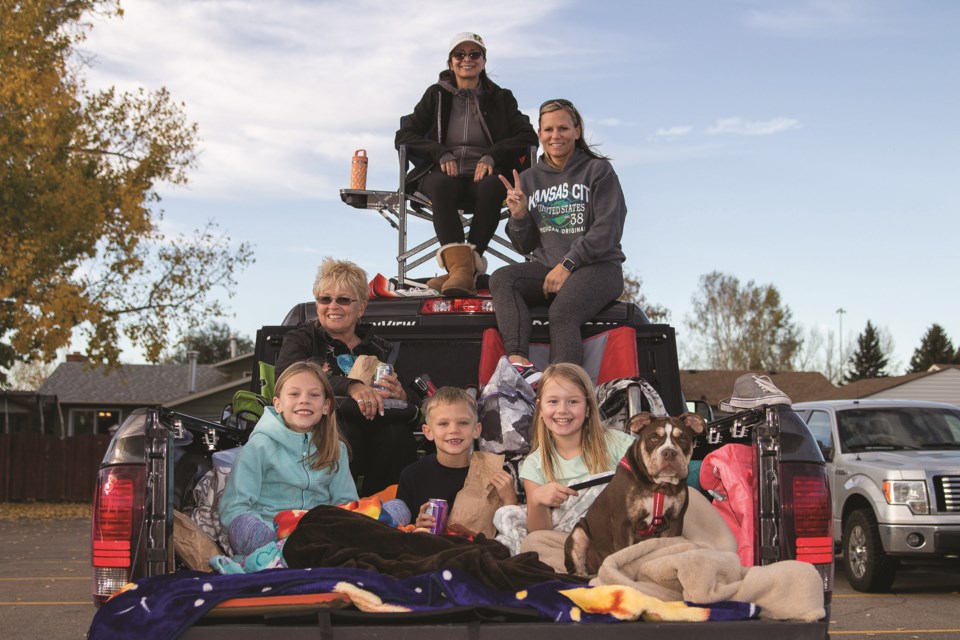 The Boys and Girls Club of Airdrie is expanding on its annual drive-in movie fundraiser with the Halloween Family Drive-In Movie and Fair. This year's event takes place Sept. 23, in the parking lot of the Plainsmen Arena, and will include family-friendly activities, along with a screening of the classic Disney Halloween film, "Hocus Pocus." File Photo/Rocky View Publishing

UPDATE – The day of the event was changed to Sept. 23.

It is time for those who love a family-friendly scary movie to get excited, as the Boys and Girls Club of Airdrie (BGCA) is set to host its Halloween Family Drive-in Movie and Fair Sept. 26.

The event is an expansion of the club's annual drive-in movie fundraiser, and will feature a screening of the beloved Halloween Disney classic Hocus Pocus. Released in 1993 and starting Bette Midler, Sarah Jessica Parker and Kathy Najimy, the movie is a season staple for many who grew up in the '90s.

"Halloween is totally our thing at Boys and Girls Club with AirScares and everything like that, we love it. And Hocus Pocus just seemed like the perfect fit," said Sammy Morros, BGCA campaign co-ordinator.

"We just have some diehard fans of Hocus Pocus at the Boys and Girls Club. They were like, 'We have to watch this movie.'"

For the first time, the event will be held in the parking lot of the Plainsmen Arena, which has allowed BGCA to include more family-friendly elements and activities.

Though Morros said the club is still waiting for final confirmation, the fair could include face-painters, photo ops with BGCA dressed as characters from the movie, and Halloween-themed games.

"And if the weather holds, there's that little grassy sort of area where we're going to try to have some outdoor seating by availability," she said. "Grab a lawn chair and a picnic blanket, that kind of thing. But that'll totally depend on if the weather's good or not."

The fair acts as a fundraiser to help support BGCA programming for children, youth and family, according to Morros, as well as BGCA's AirScares Haunted House event – opening Oct. 17.

The drive-in movie and fair costs $20 per vehicle, and larger vehicles will be required to park in the back. Parking spaces are limited to 50 to 60 vehicles, Morros said.

"We're anticipating a full lot, so I definitely recommend coming early," she said.

Doors open at 6 p.m. with the movie screening at 8.