Behind the scenes of APL's reopening

The Airdrie Public Library (APL) has opened its doors to the public, but with new protocols in place, getting the library patron-ready has been no small task.
Jul 10, 2020 1:00 PM By: Kate F. Mackenzie 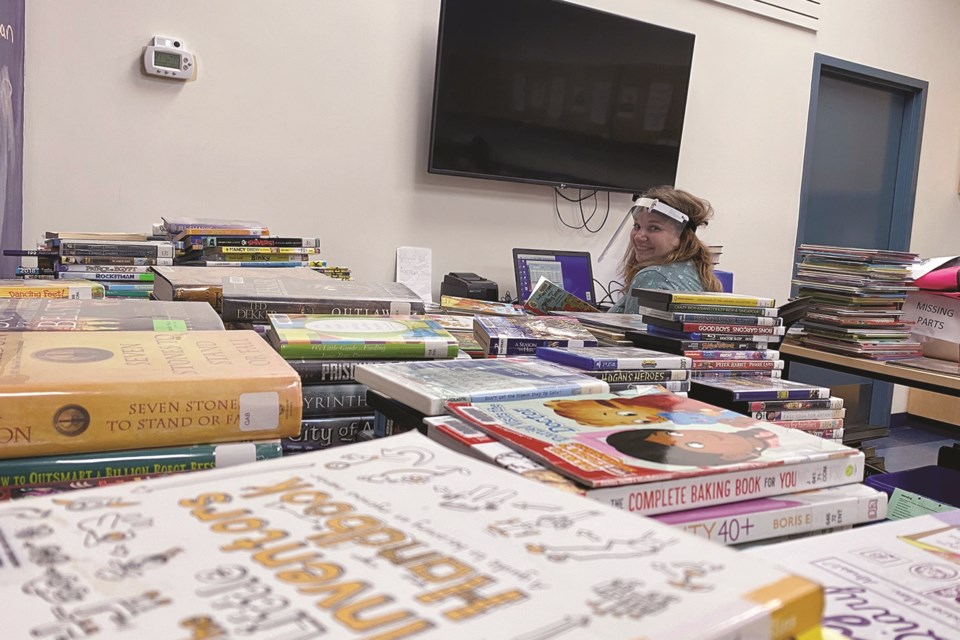 Airdrie Public Library (APL) has opened its doors to the public, but with new protocols in place, getting the library patron-ready has been no small task.

According to Wyatt Tremblay, APL’s communications co-ordinator, more than 26,000 books were checked out before the library closed in March due to the coronavirus pandemic. Since APL began accepting returned materials June 15, staff have found thousands of books in the drop box some mornings.

"As soon as people realized they could bring books back and the book drop opened, there was a deluge of books," Tremblay said.

With an office window that faces the front of the library, Tremblay said he sees a steady stream of people coming to drop books off throughout the day.

From the drop, the books are loaded onto a cart marked with the date and time, rolled into the library's program room and sit for 72-hours of isolation before being returned to the shelves.

Although the book drop opened several weeks before the library building, Tremblay said APL’s staff is still sorting through all the items being returned.

"They have to be scanned in [and] the patron's account has to be adjusted to show it's been returned," he said. "It's a bit time consuming, and someone is sitting in that room scanning the books in."

Despite people having to keep their library books for an extended period, Tremblay said he's unaware of any books that were lost, and APL’s board has waived late fees until the end of July, giving ample time for items to be returned.

Meanwhile, Tremblay said the Marigold Library System – which allows approximately 49 libraries in Southern Alberta to share books – had to shut down entirely during the pandemic.

"They have to do the 72-hours of quarantining books, and [they] don't have a full staff," he said. "The whole system has kind of slowed down, and I've heard that it is taking slightly longer than normal."

APL reopened its building July 6. The library is open 9 a.m. to 8 p.m. Monday through Friday, with the first hour designated for seniors and other at-risk individuals. To ensure the safety of all visitors, no more than 70 people are allowed in the building at a time, and visits are restricted to 30 minutes or less.

Tremblay said although staff has been busy, the limited number of people allowed into the library and the arrow-marked floors makes the atmosphere noticeably different.

"It's not as full, not as bustling, there isn't conversations happening by the fireplace or 20 children in the children's area laughing, playing and reading," he said.

Though APL is open, library programs like the Summer Reading Club will remain virtual this summer, he added.