Batman will be flying into Glenbow Ranch Provincial Park July 24 for a presentation – no, it won’t be on fighting crime and detective work, but on bats and their importance in our world.
0
Jul 17, 2018 12:01 AM By: Airdrie City View 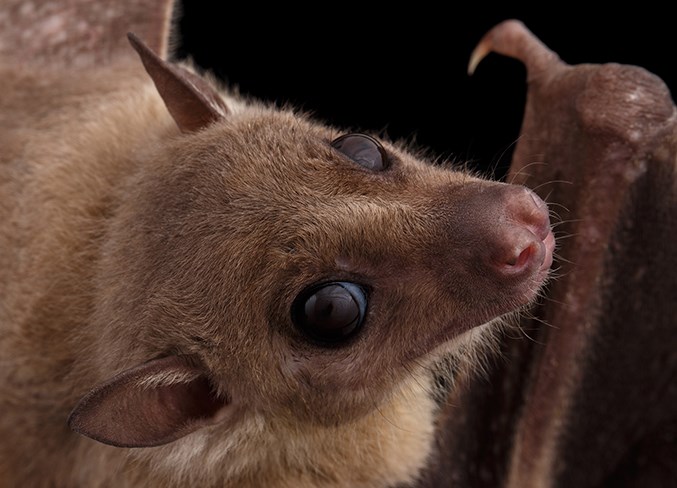 University of Calgary professor, Robert Barclay, will be leading a presentation at Glenbow Ranch Provincial Park June 24 on bats, the role they play and the challenges they’re currently up against.

Batman will be flying into Glenbow Ranch Provincial Park July 24 for a presentation – no, it won’t be on fighting crime and detective work, but on bats and their importance in our world.

Robert “Batman” Barclay has been studying bats since the 1980s, and continues to learn and teach about bats as a professor of biological sciences at the University of Calgary. With more than 1,200 different species around the world, there’s a lot to study about bats, and this diversity has kept Barclay intrigued.

“They do some important things in the environment – not just for the environment or part of the environment, but things that benefit us, as well,” he said. “Around here, we see bats as major consumers of insects, and so farmers and foresters benefit by the bats eating a lot of insects every night. In the tropics, they’re very important pollinators.”

Barclay’s night-time presentation will highlight these aspects, and will also cover the challenges he said bats are facing. A fungus known as white-nose syndrome has been killing thousands of bats on the east side of North America, and is slowly moving westward, he said.

He predicts the fungus will reach Alberta in approximately five years. According to Barclay, it was seen as close as Manitoba this past winter.

“The more we know about the basic biology of local species, the Alberta species, the better we’ll be able to prepare for the arrival of this fungus and the changes it’ll certainly have on the bat community,” he said.

Not all species are affected, however, but Barclay said researchers have yet to learn what kind of damage the fungus will do to the nine species of bats that reside in Alberta. Our province doesn’t house the traditional bat cave with thousands looming on the roof, he added.

As the disease moves toward the prairies, Barclay said he wants to help build appreciation and awareness for bats and the challenges they face. He plans to do this through presentations like this upcoming evening event at Glenbow Ranch, and a recent talk he did at the Writing on Stone Provincial Park.

“(I) took people around and we watched bats flying over the camp site, and many of them said, ‘Gee, I never looked up and saw that!’” he said. “They’re focused on things at ground level or eye level, and above their head, silently, there’s many bats flying around.”

After the presentation at Glenbow Ranch, Barclay will lead the group into the park to hopefully spot the nocturnal creatures with a detector on hand that he said changes the sounds bats make into noises humans can hear. The event begins July 24 at 8:30 p.m., in the park’s new outdoor tent, and runs until 10:30 p.m. Everyone is free to attend.

“Ask many people, and bats are not their favourite animal,” Barclay said. “Some people are afraid of bats, and that comes from a lot of misperception about what they are, and what they do. So, we’ll talk a little bit about that, as well.”