Although Airdrie Public Library (APL) remains closed, its new online escape room is a new way for residents to connect with the library from the comfort of their homes. The online escape room was launched May 22.
Jun 5, 2020 10:00 AM By: Ben Sherick 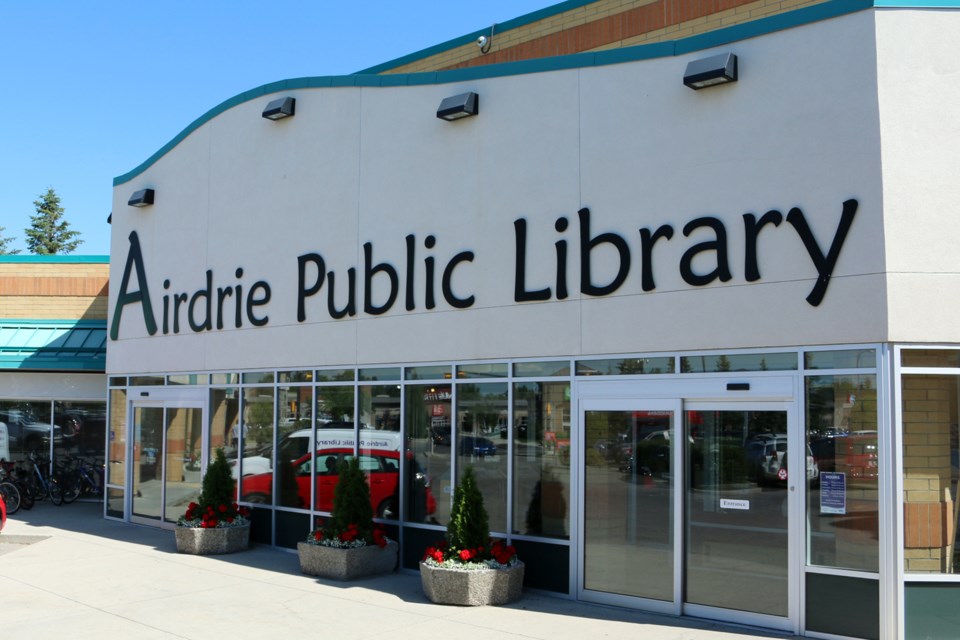 Although Airdrie Public Library (APL) remains closed, its recently unveiled online escape room is a new way for residents to connect with the library from the comfort of their homes.

The online escape room was launched May 22. According to Jean Van Buren, customer service manager at APL, inspiration for the online activity came from another library, Grand Prairie Public Library (GPPL).

“They sent out an email saying they would share everything,” Van Buren said. “We called them and got hooked up with the staff member at Grand Prairie that developed it.”

Van Buren said one of her colleagues at APL, Sheila Hughes, took an online course and co-ordinated with staff from GPPL to create the virtual escape room centered on Airdrie. Questions are tailored to APL and will help familiarize users with the library.

In the online escape room, titled “Dewey’s Epic Library Adventure,” players must assist Anne, whose cat Dewey has slipped through APL’s book drop while she returned a book. Players help Anne retrieve Dewey from the library by solving a series of puzzles

“One of our staff members has a cat named Dewey, and he would totally do something like that,” Van Buren added. “That’s how we got the idea.”

To complete the escape room, players must solve riddles, answer questions relating to APL and complete tasks like translating braille. As they proceed, the activity highlights a number of APL programs and resources including the Summer Reading Club, Makerspace and The Regional Automation Consortium’s (TRAC) "search" feature.

“It’s very imaginative,” she said. “You have to use your imagination when you go through it.”

Unlike in-person locked rooms, which typically have a time limit, players can take as long as they need to complete the online escape room.

“You can take your time, have fun and learn something about Airdrie and the library,” Van Buren said. “The stress of the escape room, that’s gone.”

Some of the puzzles will be too challenging for younger children to solve, Van Buren said, and it is meant to be enjoyed by people aged nine and older.

“There was a couple [puzzles] where I was like ‘OK, I don’t know what that is,'” she added. “You have to go searching and investigate. It’s not for little kids.”

If you encounter difficulties solving the puzzle, Van Buren said APL’s staff is glad to lend a helping hand.

“If you get stuck, email us [at info@airdriepubliclibrary.ca] because we are helping out if we need to,” she said.

Van Buren said the online escape room is simply another way for APL to connect with the community. Like all libraries, APL is are not only a depository for books, she said, but is a community hub dedicated to literacy and life-long learning.

“We try to do whatever we can to bring our community together,” Van Buren said. “When we saw that Grand Prairie was doing the escape room, we just thought it would be another thing, right now, to get the community interested [and] give them something to do so they can connect [and] they can learn.”

“We are allowed to open with restrictions in Stage 2, whenever that happens,” she said.

Van Buren added its likely APL will continue to offer an online escape room in some form, even after the library reopens.

“I can’t see us dropping this,” she said. “Even if we take it down in the fall and we start one next summer.”

APL's online escape room can be found at airdriepubliclibrary.ca