As one of four town hall meetings hosted across the metropolitan Calgary region last week, emergency service personnel, community members, local officials, and election candidates gathered in Airdrie on Aug. 13 to discuss what is being deemed an “ongoing crisis” about rural ambulance availability .

Carmen Cundy
Aug 18, 2021 7:00 AM
Previous Next
The second floor of the Airdrie Legion was filled with emergency service personnel, community members, local officials, and electoral candidates on Aug 13.
Expand
Listen to this article
00:05:13

As one of four town hall meetings hosted across the metropolitan Calgary region last week, emergency service personnel, community members, local officials, and election candidates gathered in Airdrie on Aug. 13 to discuss what is being deemed an “ongoing crisis” about rural ambulance availability.

While the meeting, hosted at the Airdrie legion, was not union- or AHS-affiliated, both active and retired first responders spoke out about the province’s lack of ambulance and Emergency Medical Services (EMS) availability in suburban and rural communities across Alberta.

Don Sharpe, a registered paramedic and unofficial spokesperson for the group, said while the problem has been ongoing, the town hall organizers recently recognized an increase in media attention, as well as frustration within the medical community and the general public.

“I’m getting more phone calls hearing about paramedics who are booking off because they’ve had it,” he said. “There are people working mandatory overtime at the end of their shift to the point where they’re literally at the 14th hour [of their shift], pulling over to the side of the road.” 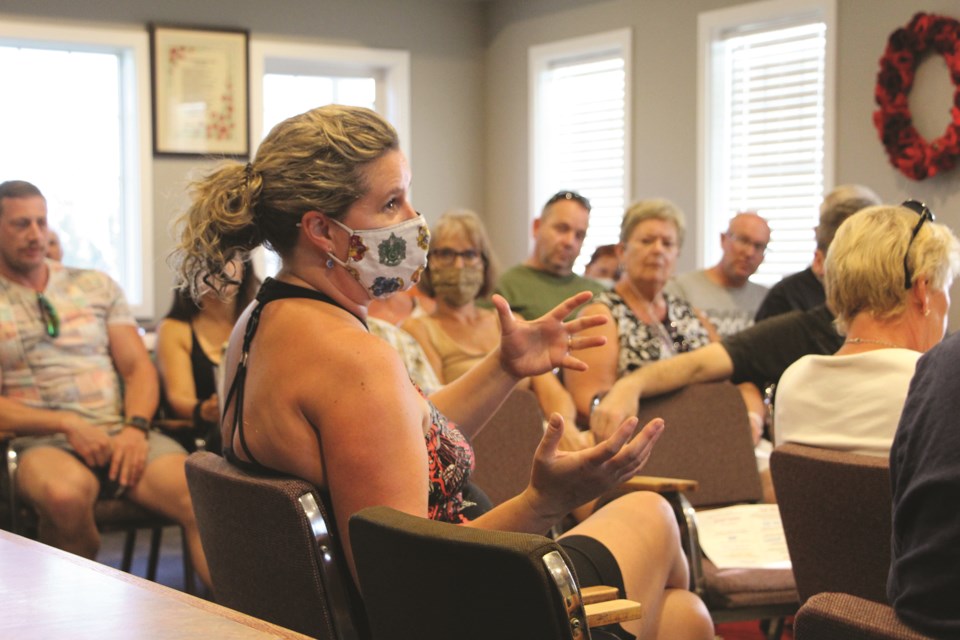 Airdrie mayoral hopeful Lindsey Coyle spoke up during a question period at a town hall meeting regarding the lack of EMS availability in rural Alberta on Aug 13. Photo by Carmen Cundy/Airdrie City View

The Health Sciences Association of Alberta (HSAA), has said ambulance coverage in Calgary’s surrounding areas is oftentimes under-serviced. HSAA president, Mike Parker, previously stated a lack of funding for ambulance coverage has resulted in rural or suburban crews being called in to service Calgary, where a lack of sufficient resources and high call volume drains resources from nearby communities.

Sharpe added he has seen multiple book-offs, truck shutdowns, and abnormally long response times in a row, sometimes ranging from 30 to 50 minutes. As well, ambulances stationed in rural and suburban communities are often being called in to service the metropolitan area of Calgary, or outlying rural communities.

“This isn’t anything new or secret, but it’s just now exploded,” he said. “Now is the right time to get together and work with other communities that have the same problem to try to come up with a solution.

“There is nobody with a white hat who is going to ride in here and solve this problem. It’s going to be up to you, your individual communities, and your membership.”

Speakers and bystanders filled the second floor of Airdrie’s legion during the evening’s presentations, which were followed by a town hall open discussion. 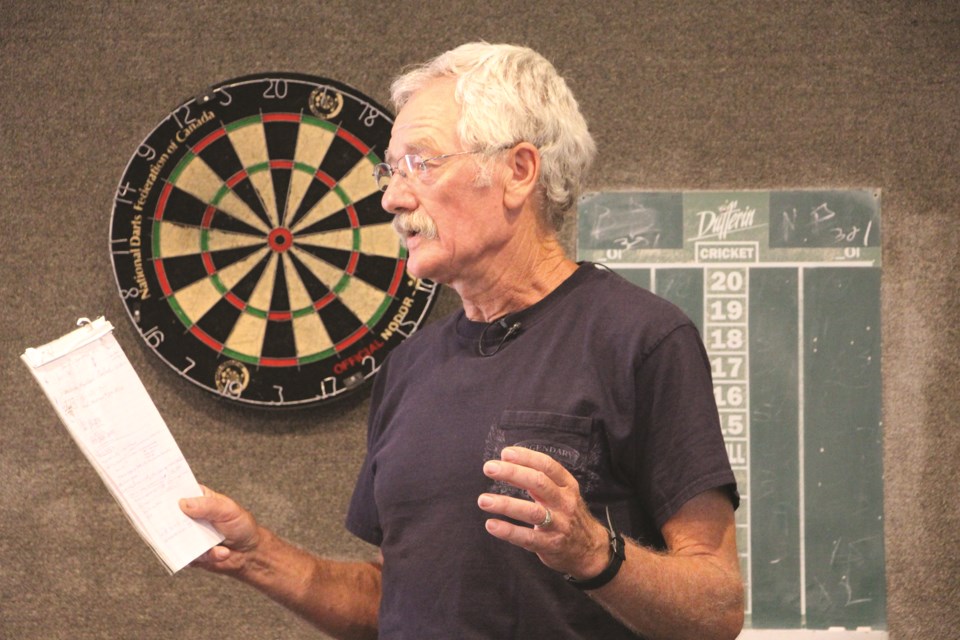 Presenter George Porter, a retired advanced care paramedic, said he has been lobbying AHS for 12 years about the lack of leadership and supports, but nothing has changed for the better. He and other paramedics attribute the decline in ambulance services to AHS’ takeover of the service 12 years ago, as ambulances were previously operated by municipalities.

“It’s worse than it was four years ago,” he said. “And I don’t know if it can get much worse.

Porter said pressure needs to be placed on politicians to lobby AHS to make the much-needed changes to ensure all communities have equal access to life-saving medical care.

“What we’re hearing over and over again from people at these meeting is, ‘We need to stand up to AHS and say no. Why are patients in Calgary more important than the patients in Airdrie, or High River, or Okotoks?” Porter said. 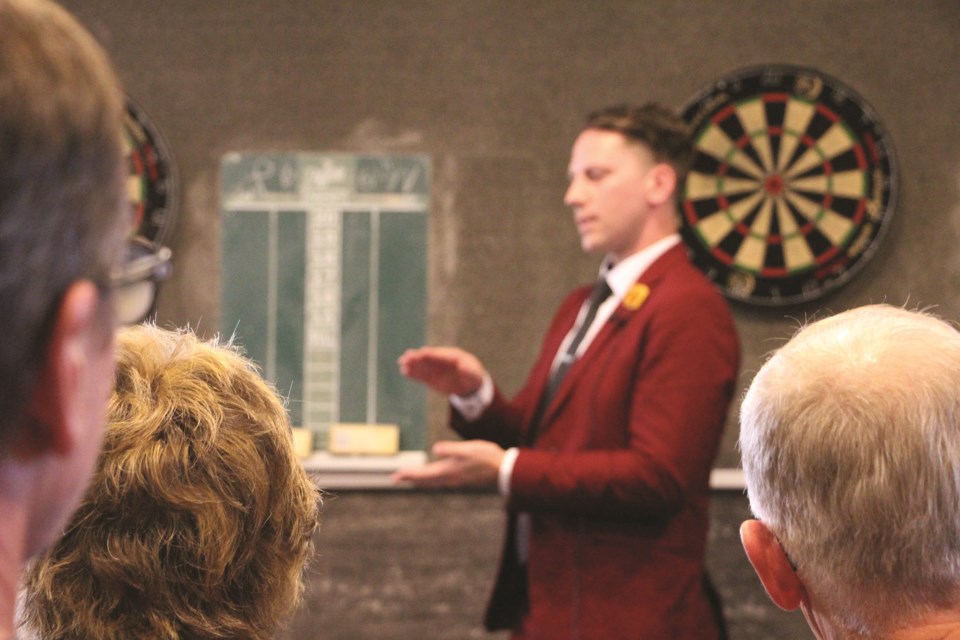 Airdrie-based paramedic Ryan Middleton also spoke of his experience working for AHS at the meeting, while acknowledging that doing so puts him under considerable scrutiny. However, through a Freedom of Information and Protection of Privacy Act (FOIP) request, he said he was able to provide attendees of the town hall with some facts and figures to support his arguments.