After nearly a year of care, the Alberta Institute for Wildlife Conservation (AIWC) successfully released two moose calves back to the wild in early April.
May 5, 2020 1:00 PM By: Ben Sherick 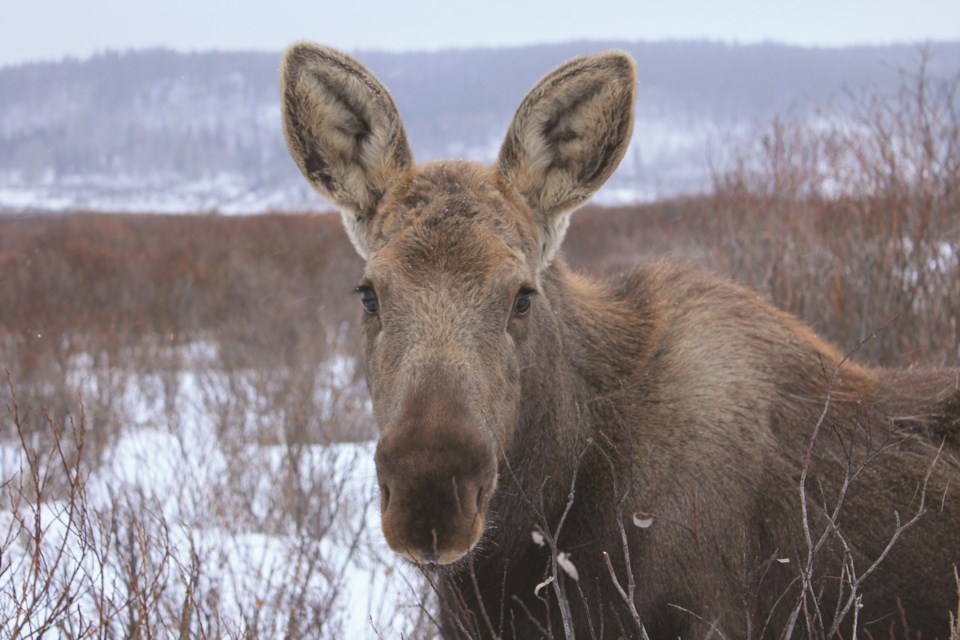 The Alberta Insitute for Wildlife Conservation successfully rehabilitated and released a pair of moose cubs to the wild. Photo Submitted/For Airdrie City View

After nearly a year of care, the Alberta Institute for Wildlife Conservation (AIWC) successfully released two moose calves back to the wild in early April.

According to Executive Director Hollie Lillie, the female moose arrived at the animal hospital separately. The first, from the Hinton area, came into AIWC’s care in June 2019 after she fell down a hill and became stuck in some man-made debris, causing her to be separated from her mother and twin sibling.

“Due to the amount of time that she was in the debris…the mother was gone from the area and sadly did not return,” Lillie said.

A few weeks later, another female moose was brought into the hospital’s care – this one from north of Grand Prairie.

“Her mother had, unfortunately, been hit and killed by a car,” Lillie said. “She was truly orphaned.”

After other plans for the moose’s care fell through,Lillie said AIWC knew it was the last hope for the animal to be rehabilitated. Despite the challenges in transporting the animal such a large distance, AIWC managed to find a way to get the moose to its facility near Madden.

The two calves thrived in AIWC’s care during the winter, Lillie said.

“With most of our species, a lot of them do better in groups,” she said.

While staying at the facility, the calves were kept outdoors in an enclosed corral, where they acclimatized to the weather. They were assigned primary caregivers who would examine their health from a distance, and interactions with humans were kept to a minimum so that the animals were not habituated to people.

“Like any species, we really are mindful that we want to keep them wild,” Lillie said. “That is their best chance of survival when they are returned.”

According to Lillie, there was not much the hospital had to do to keep the calves alive, as their ability to survive was instinctive. Nevertheless, caring for them was still “a lot of work.” Due to their young age, they required specialized milk formula to simulate what they would be fed by their mothers.

Eventually, Lillie said, the calves were put on a diet of natural vegetation – branches, leaves and twigs that Lillie referred to as “browse” – which presented challenges in its own right. Because of their size, they require a significant amount of food, she said.

“They go through an enormous amount, so that was the biggest challenge with caring for these girls,” she said.

Thanks to donations of browse from the community, the institute was able to keep the young moose well-fed, Lillie said.

After 303 and 234 days of care, respectively, the moose were released into the wild northwest of AIWC’s facility. Lillie said it is unlikely the pair will remain together in the wild.