As wildlife in the province begins giving birth to a new generation, the Alberta Institute for Wildlife Conservation (AIWC) has launched an online fundraiser to help it prepare for an influx of new patients.
May 15, 2020 4:00 PM By: Ben Sherick 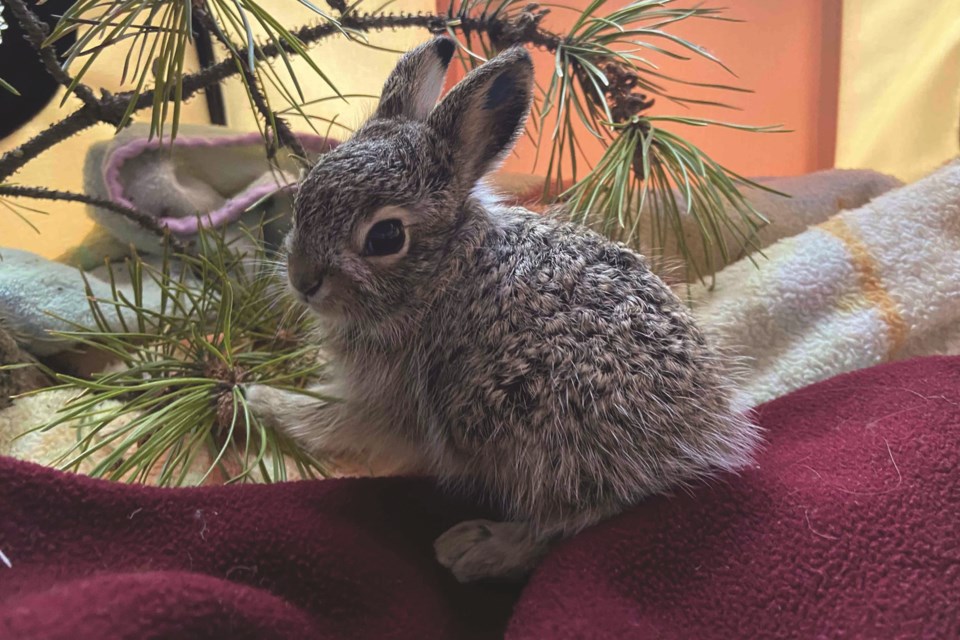 The Alberta Institute for Wildlife Conservation is preparing for the annual influx of baby hares and other wildlife babies with an online fundraiser. Photo Submitted/For Airdrie City View.

As wildlife in the province begins giving birth to a new generation, the Alberta Institute for Wildlife Conservation (AIWC) has launched an online fundraiser to help it prepare for an influx of new patients.

According to Executive Director Hollie Lillie, AIWC’s ninth annual Wildlife Baby Shower fundraiser began May 1, and will continue until the end of the month.

“This is an online fundraising event to raise funds for much needed supplies during a very busy season,” Lillie said.

Funds raised through the Wildlife Baby Shower will be used to purchase items like antibiotics, fluids and food for the animals in AIWC’s care.

In 2019, the wildlife hospital – located northwest of Airdrie, near the hamlet of Madden – cared for more than 1,400 animals from around 150 different species. That amount of care requires a tremendous amount of resources, Lillie said.

As a non-profit organization, AIWC is completely dependent on fundraising in order to operate.

“We’re not funded by the government; it’s all private donations and then successful grant applications that lead to us being open,” Lillie said.

AIWC has already seen an increase in the number of animals admitted to its care compared to the same time last year, Lillie said. The hospital is anticipating a 53 per cent increase, and will see peak numbers in June.

“There’s no sign of our operations slowing down due to the COVID-19 pandemic,” she said.

AIWC hopes to raise $15,000 through the fundraiser. While Lillie acknowledged donating to non-profit groups may not be a priority for some in the midst of the economic uncertainty caused by the coronavirus pandemic, she remains optimistic that fundraising goal will be met.

“We’re always optimistic that we will reach our goals, but we’re also very understanding that this is a tough economic climate for everybody,” she said.

Normally, AIWC would hold small events ­– on-site talks, bottle drives and a garage sale – to coincide with the fundraiser. Due to the pandemic, those events will not take place this year, and the online component is all that is happening.

Even if someone can’t donate money, Lillie said there are other ways people can assist the organization. Sharing the information on AIWC’s social media accounts about wildlife behaviour can help reduce the number of patients that are brought to the hospital unnecessarily, which in turn stretches AIWC’s resources a little bit further.

“The more we can prevent healthy animals coming into our care, the more those resources can be spent on the animals that actually need it,” she said.

Donations can be made to AIWC by visiting trellis.org/wildlife-baby-shower