AIWC gearing up for garage-sale fundraiser

The Alberta Institute for Wildlife Conservation (AIWC) is looking for unused or unwanted items for its upcoming garage sale and bottle drive fundraiser, which will be hosted at the organization’s property near Madden June 23.
0
Jun 19, 2018 12:01 AM By: Jessi Gowan 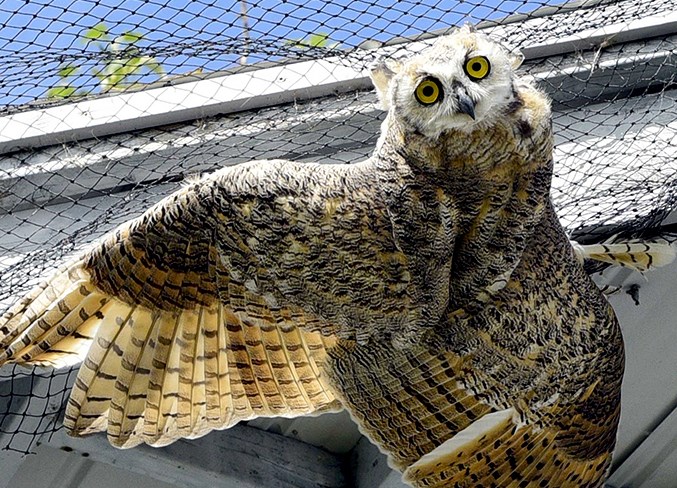 The Alberta Institute for Wildlife Conservation (AIWC) is hosting a garage sale and bottle drive at its property near Madden June 23 from 10 a.m. to 3 p.m.

The Alberta Institute for Wildlife Conservation (AIWC) is looking for unused or unwanted items for its upcoming garage sale and bottle drive fundraiser, which will be hosted at the organization’s property near Madden June 23. “A lot of people have been dropping off truckloads of stuff – if you’re doing some spring cleaning and come across stuff you might want to throw away, bring it out here,” said Robyn Dunlop, office administrator with AIWC. “Sometimes, people don’t want to hold their own garage sales, either – this way, they can hand that stuff off to us and we’ll take care of it, and they’ll know it’s going to a good cause.” According to Dunlop, AIWC has hosted garage sales in the past, but noted it hasn’t been an annual event. The organization’s property, which was donated by AIWC’s founder, included an old homestead, which is where the garage sale will be held. “It all started from that, because we had a bunch of stuff that was left behind when she moved to B.C.,” Dunlop said. “We were thinking about using that space in the future, so we decided to hold the garage sale to get rid of some of the items that we had in the house to begin with.” The first official garage sale event was last year, and Dunlop said AIWC had “quite a bit of success.” However, she added not everything was sold at the sale, so this year, the organization is hoping to get a few more donations to top off the items that were left over from last year. AIWC is also aiming to attract a larger audience, she said. “It’s a typical garage sale, so you can come by and browse and pick up whatever you’d like,” Dunlop said. “If you have a student who is trying to outfit a house in the fall, this would be the perfect opportunity to find everything they might be looking for.” Still, Dunlop said there are some limitations to what kinds of donations AIWC is able to accept. People are welcome to bring small working appliances, tools, dishware, artwork, frames, books, jewelry, home décor, pet accessories, chairs, garden tools and equipment, camping equipment and sporting equipment. “There are also some things we are hoping not to take in, mostly bigger items that involve a lot of manpower to move like large furniture, exercise equipment, or box-style televisions,” she said. “Also, clothes – unfortunately, selling clothes means we would have to clean everything first, and all our machines are used for the cleaning we need to do for the animals. We just don’t have the resources to do that.” Dunlop added AIWC also has enough of children’s stuffed animals and car seats. Residents are also encouraged to bring out their bottles and cans to the garage sale, to be recycled by AIWC volunteers. According to Dunlop, volunteers will be on hand to take donations to the bottle depot throughout the day, with proceeds going to support AIWC’s local rehabilitation operations. “There is a lot of demand for it – we average about 5,000 to 6,000 wildlife calls and concerns each year, about injured and orphaned wildlife,” she said. “We released about 1,500 animals back into the wild last year, and we are quite proud of our high success rate.” However, Dunlop said, the organization doesn’t receive any government funding. Instead, AIWC relies on donations and fundraisers to bring in a steady income. “People don’t realize how much it is to keep the program running,” Dunlop said. “This is a way for them to give back to the community. “There are a bunch of garage sales in the area, of course, and many that are closer to home, but at least, this way, you know that the money you’re spending on a book might be able to feed a small animal for the day. You can shop anywhere, but when you buy something here, that money is going toward a good cause.” AIWC’s garage sale and bottle drive will be held June 23 from 10 a.m. to 3 p.m. Cash and credit card will be accepted on site, and directions to the property can be found through the contact page on AIWC’s website, aiwc.ca/contact