With bicycles becoming a popular, economical way to get around during the summer, cyclists should remember to practice safe riding. "We're seeing a rise in bicycle usage," said Cst. Jason Sherbo of the Airdrie RCMP.
Jul 30, 2020 4:00 PM By: Kate F. Mackenzie 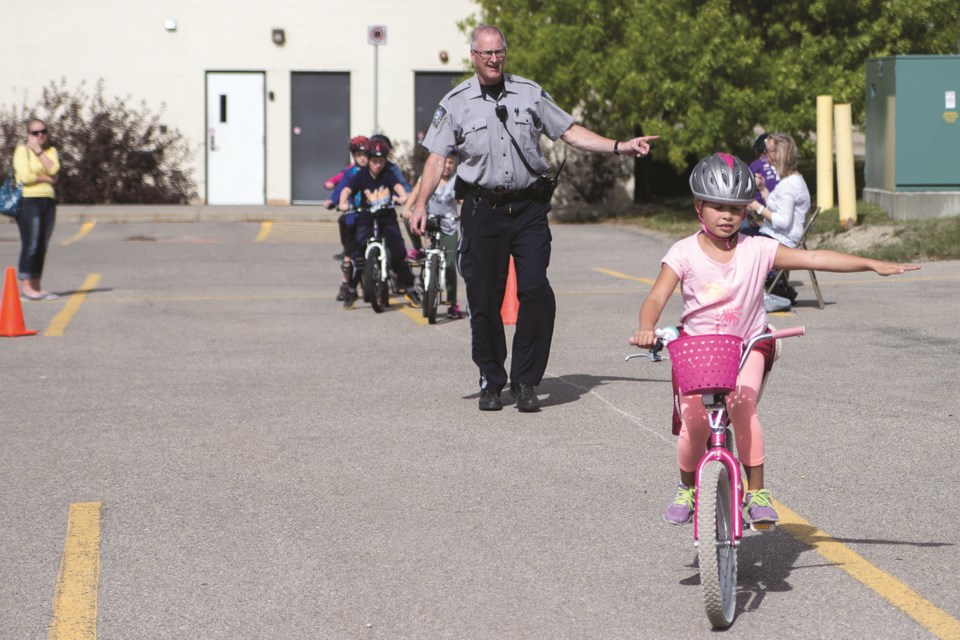 With bicycles becoming a popular, economical way to get around during the summer, cyclists should remember to practice safe riding.

"We're seeing a rise in bicycle usage," said Cst. Jason Sherbo of the Airdrie RCMP. "It's a great option for someone who doesn't want to take their car down to the corner store."

However, a bicycle does not provide the same physical safety barrier as a car, so being aware of your surroundings is especially important, he said.

"There could be vehicles coming up behind you; there could be a danger approaching that you're not aware of," Sherbo said. "Make sure you're taking every precaution to keep yourself safe."

This includes following the rules of the road, he said.

The 2016 Alberta Traffic Collision Statistics stated that, compared to operators of all vehicles in casualty collisions, bicyclists were more likely to disobey a traffic signal or fail to yield the right-of-way at an uncontrolled intersection.

Just like cars indicate which way they plan to move, cyclists should know how to use hand signals to communicate their turns.

Extending your right arm out also signals you intend to move to the right, and extending either arm in an "L" shape with your hand pointing down indicates you're going to stop.

Cyclists uncomfortable on the road can use the sidewalk, according to Sherbo. However, proper pathway etiquette must be followed.

"Be courteous to other cyclists and pedestrians,” he said. “Sometimes, people can't see you're coming. Make sure they know you're there with a bell or tell somebody you're coming up."

Designated bicycle lanes should be used when available, he added. However, if they're not an option, cyclists should try to ride close to the side of the road, and cyclists in groups should ride single file.

"We've all pulled up behind that bicyclist on the road, and you're a little worried, so you pull over to the side," he said. "It's a lot more difficult if two people are riding beside each other."

Protecting your head with a helmet that is free from cracks and frayed straps is essential, according to Sherbo. Additionally, reflectors on the pedals, seat and handlebars, as well as a reflective jacket, vest and helmet, will make cyclists more visible to drivers in the dark.

"People fall, and accidents happen," he said. "You just want to make sure you've got on the equipment that keeps you safe."