Shirley Heslop grew up in a way many young people could not begin to grasp. She documented her life in her first book, titled Shirley Mae of Jangle Creek, which tells of growing up poor in the backwoods of southern Saskatchewan.
Jan 6, 2021 1:00 PM By: Jordan Stricker 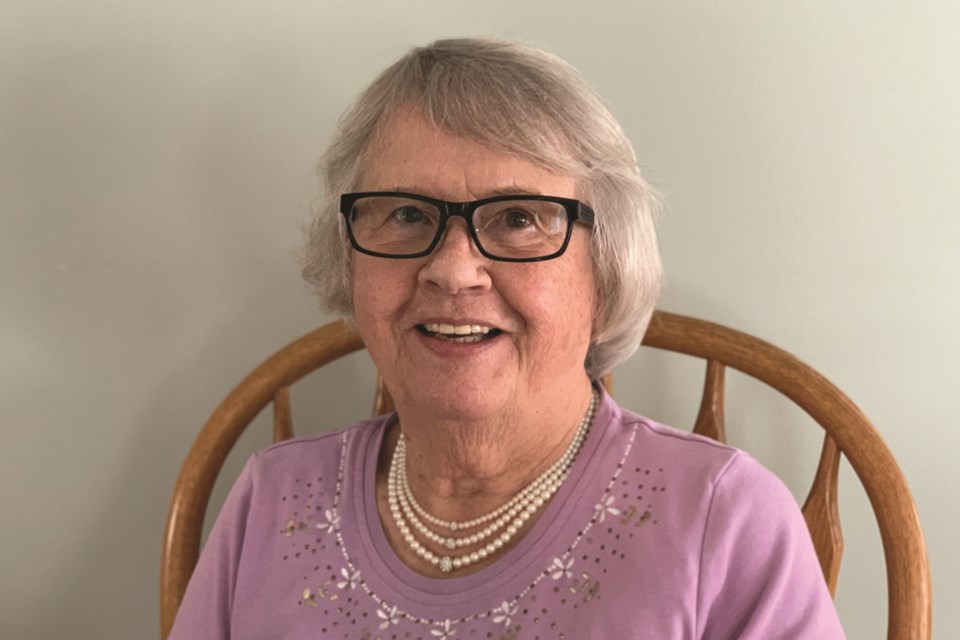 Shirley Heslop grew up in a way many young people could not begin to grasp. She documented her life in her first book, titled Shirley Mae of Jangle Creek, which tells of growing up poor in the backwoods of southern Saskatchewan.

“It was a very different life than any of my grandkids or children even know,” the 85-year-old Airdrie resident said.

The book came out in November 2018. Heslop said the reason she wanted to put it out was that after her mother passed away, she realized her family had no idea about how she grew up.

“I wanted to make sure that wasn’t going to happen to me,” she said.

After Heslop suffered a stroke in 2005, she asked her husband to bring her paper and a pen. Not long after, the process of starting the book began.

“[After the stroke] I wanted to keep my mind active,” she said. “After six days in the hospital, I had basically written the basis of my story.”

Complicating matters, she said, was that she had to re-learn how to read after the stroke. She said finishing the book took about 13 years.

“It took me three years before I was able to read again,” Heslop said. “I told my daughter it may be too late, I can’t do it.”

Not long after confessing she may not be able to complete the book, she sent a transcript to her daughter, who began the editing process.

“I didn’t have things in the order they should have been,” Heslop said. “My daughter helped me re-arrange everything. I wanted to make my story so vivid, so my grandchildren could see in their minds what life was like in the 1930s.”

Heslop said after the editing process, the book was published on amazon.ca, where it is still available for purchase. She said a highlight was being able to present her grandchildren with a copy that Christmas.

“It has been a thrill to finally get it down,” she said.

Heslop said walking two and a half miles to school every day, no electricity or running water was just a way of life back then, and that was what she wanted to convey in her writing.

According to Heslop, she also wants the book to show younger people – especially her grandchildren – how faith led her through life.

“The Lord has been there for us every step of the way,” she said. “Was it hard? Did we have hard times? Absolutely. We always had a steady foundation to build on. I also don’t want our history lost.”

Heslop said looking back at completing the book, she is stunned with what she was able to accomplish.

“I’ve always wanted to write a book, I just didn’t think I was smart enough to do it,” she said. “I did it. It was a lot of work and gut-wrenching in some ways. It feels good to have it finished.”