Airdrie artist Marni Koelln has recently had five of her pieces accepted into Art-O-Rama, an exhibition hosted by the Calgary Chapter of the Federation of Canadian Artists (FCA) June 15 and 16 at Fort Calgary.
Jun 14, 2018 12:01 AM By: Airdrie City View 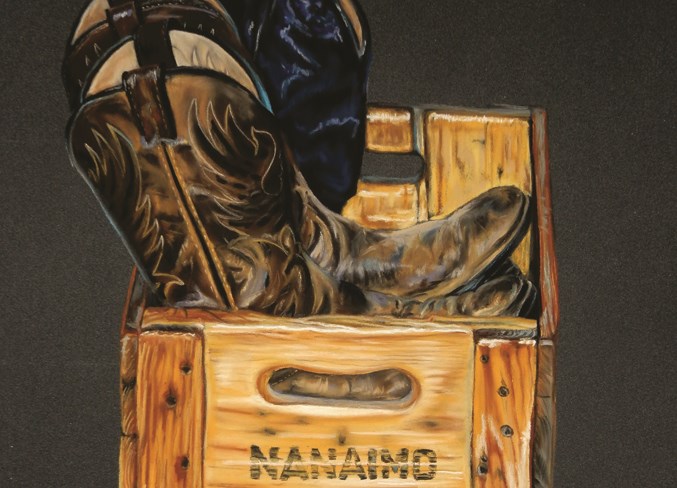 This pastel by Marni Koelln is one of five pieces by the artist accepted into a juried Federation of Canadian Artists exhibition at Fort Calgary June 15 to 16.

Airdrie artist Marni Koelln has recently had five of her pieces accepted into Art-O-Rama, an exhibition hosted by the Calgary Chapter of the Federation of Canadian Artists (FCA) June 15 and 16 at Fort Calgary. It’s an honour she said she wasn’t expecting. “It is a juried exposition – you submitted up to five pieces and they had to be selected to be in the show. I was fortunate to have all five of my pieces selected, which was exciting,” she said. “Usually, if I put in three, I’ll get one in.” This is Koelln’s first show with the Calgary chapter and counts toward her achieving signature status with the FCA. Artists with signature status must have had seven different works accepted in seven different juried FCA shows within the past four years and maintain a high level of quality work. They also serve as jurors for FCA shows and can use the designation in their signature. Koelln has been drawing since she was a child – she said she was often in trouble with her teachers for drawing while she should have been paying attention in class. Horses and western life are her main source of inspiration. “When I was a little girl, the first thing I drew was a horse. I’ve always been involved with horses; I was involved in the racing industry for years,” she said. “They fascinate me – the way they move, their behaviours, their mannerisms – and I love to try to capture that in my art." When she does commission work, the greatest compliment Koelln said she receives is when an owner tells her they want to reach out and touch the animal in the painting. “I’m into a more realistic-type style. It’s a challenge to get that portrayed on a piece of paper – looking at a three-dimensional being and trying to reproduce that on a one-dimensional surface, while making it look three-dimensional,” she said. Having her work accepted into a juried FCA show is a big step forward for Koelln. “It’s been a long road and a lot of hard work. I’m slowly starting to get more well-known,” she said. “My goal is to continually progress with my art and become better.” More information about Art-O-Rama can be found on the Calgary Chapter of the FCA’s website, fcacalgary.ca