A social media initiative reminding rural Albertans to secure their property at night is intended to help reduce crime. Alberta RCMP has adopted the #9PMRoutine to encourage people to get into the nightly habit of checking that their homes and vehicles
Jun 23, 2020 1:00 PM By: Kate F. Mackenzie 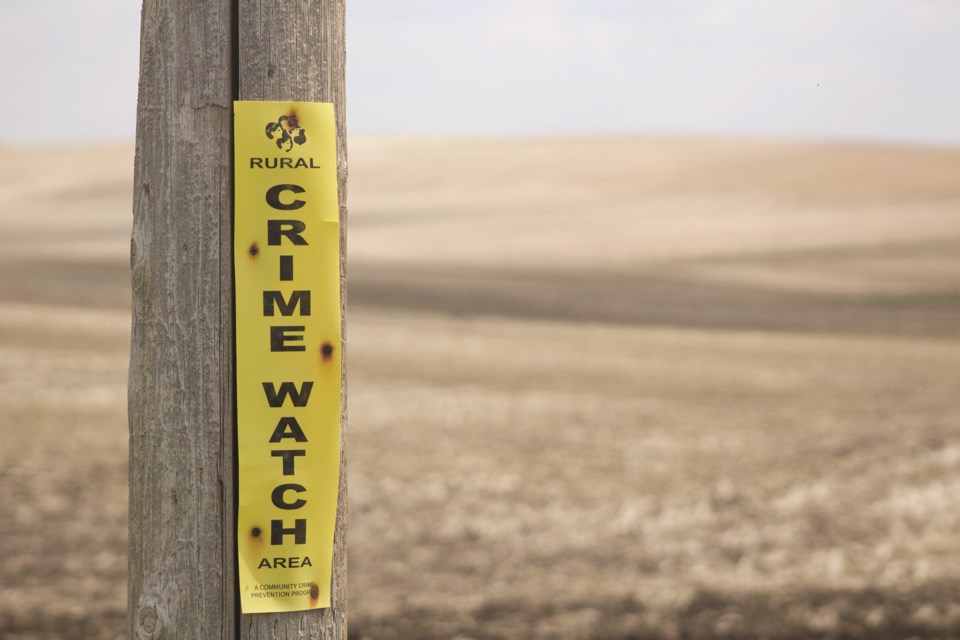 While rural crime watch groups are contributing to a decrease in crime, RCMP still encourages people to get in the habit of securing their property nightly. Photo by Ben Sherick/Rocky View Weekly

A social media initiative reminding rural Albertans to secure their property at night is intended to help reduce crime.

Alberta RCMP has adopted the #9PMRoutine to encourage people to get into the nightly habit of checking that their homes and vehicles are locked.

“It’s a way to remind people to walk around their property and develop a routine for proper safety,” said Jennifer Kee, a community engagement and outreach specialist with the RCMP.

Alberta RCMP implemented the social media initiative a year ago in an effort to combat property crime by encouraging people to create a nightly checklist, she said.

During the month of June, reminders about locking your front door and windows, putting items away and making sure keys are removed from your vehicle have been sent out every night via Alberta RCMP's Facebook and Twitter accounts. According to Kee, an increase in property crime usually occurs during summer.

“Property theft is always more common in the summer because people are out and about more,” she said. “There’s also a lot more things being left outside people’s residences, like bikes and tools.”

Encouraging the entire family to get involved can help them create a security routine as well, she said.

“Getting into the routine with my kids has made them say ‘Mom, I’ve put my bike in the garage.’” Kee said. “It’s automatic now, as opposed to me having to ask.”

Since Alberta RCMP implemented the initiative, Kee said statistics show a reduction in property crime in the province. However, she said that’s likely a combination of many things, including citizen-led watch groups that work directly with the RCMP like Citizens On Patrol and Crime Watch.

Kee also credits crime prevention through environmental design – a method of reducing crime by changing the physical environment, like making sure the property is adequately lit and fences are well maintained.

Kee said she could not comment on why rural crime rates are higher, but said she thinks opportunity may be a factor. A nightly routine could help in this regard.

“Making everybody more cognizant and getting into that routine certainly cannot hurt [crime rates] at all,” she said.

The #9PMRoutine initiative is targeted toward rural Albertans because offenders often travel from the city to more remote areas, where they can easily grab an item and quickly leave, Kee said.

“We want to reduce the opportunities for easy grab and dash items, which we’re finding happens on rural properties,” she said.

Kee also emphasized that the public should never hesitate to call the police if they see anything suspicious.

“It may seem trivial or insignificant, but it could be a big deal for us,” Kee said.