Providence Therapeutics has not heard back from the government since late May
Jul 27, 2020 9:15 AM By: Canadian Press 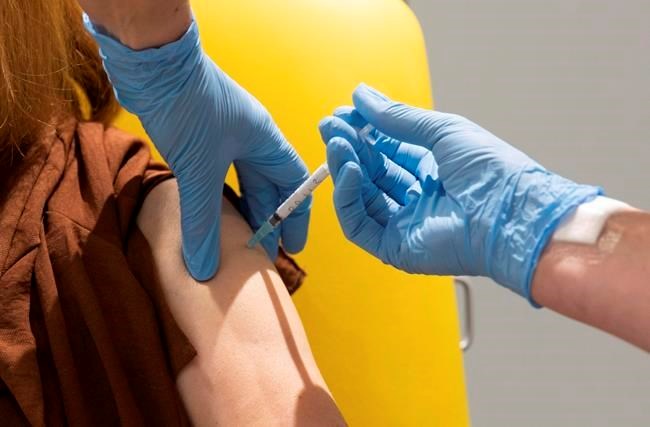 In this handout photo released by the University of Oxford a volunteer participates in the vaccine trial in Oxford, England on July 7, 2020. An Alberta senator is urging Ottawa to fund a Canadian company so it can develop a domestic COVID-19 vaccine to lessen the risk Canadians will have wait in a line on a foreign-made pandemic cure. THE CANADIAN PRESS/AP-University of Oxford via AP

OTTAWA — An Alberta senator is urging Ottawa to fund a Canadian company so it can develop a domestic COVID-19 vaccine to lessen the risk Canadians will have wait in a line for a foreign-made pandemic cure.

Sen. Doug Black says he's not criticizing the government but the time to act is now in support a $35-million proposal to fund Providence Therapeutics.

Providence has told the government it could deliver five million doses of its new mRNA vaccine by mid-2021 for use in Canada if it were able to successfully complete human testing.

Providence says it has not heard back from the government since late May after submitting its proposal in April.

The mRNA technology is new and untested, but Black and heath experts say it has potential, pointing to the billions of dollars that two other companies have received from the U.S. government to pursue research using the same new approach.

Black says he became aware of Providence's research earlier this winter, and when he followed up with the company last week, was stunned to learn the project appeared stalled.

This report by The Canadian Press was first published July 27, 2020.