“Leadership requires difficult decision-making and those decisions will not always be perfect. Good leaders learn and reflect on all decisions they have made, and try to adjust to a better outcome."
Apr 16, 2021 4:45 PM By: Chelsea Kemp 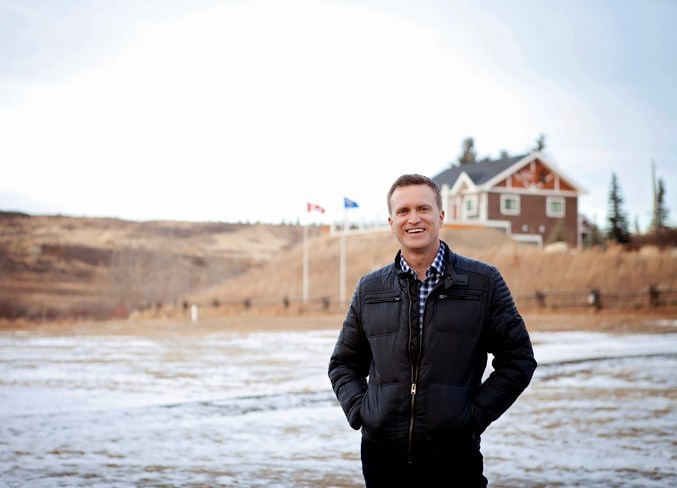 On Tuesday (April 6) Premier Jason Kenney introduced stronger measures to help curb the spread of COVID-19 in the province. The decision was made in response to the sharp increase of active COVID-19 cases and hospitalizations in Alberta.

“People look to their government and to their leaders for guidance and for their leadership. I don’t think it’s useful for us to have that division. I do feel strongly though that we can get through this," Guthrie said.

Albertans are frustrated, he said, but cautioned there is a danger in creating division during times of great adversity.

“Leadership requires difficult decision-making and those decisions will not always be perfect. Good leaders learn and reflect on all decisions they have made, and try to adjust to a better outcome."

Guthrie said the MLAs who signed and released a letter against the health measures made a “mistake” that “shows weakness, not strength.”

“I think it was a bit reactionary and rash and I wish that we wouldn’t have to be dealing with that dimension. We’re all dealing with these frustrations, everybody across Alberta and Canada and even around the world."

He said he is hopeful the part will be able to remain united in supporting the well-being and future of Albertans.

At the beginning of the pandemic there was limited information and evidence available about the virus, breeding uncertainty both in the province and worldwide.

In a different situation now, Guthrie said, as more has been learned about COVID-19 based on evidence from health care experts.

“We’re not experts in the field, we’re politicians and we’re trying to make the best decisions possible with the information that we have,” Guthrie said. “We rely on experts and experts in the field in health for their advice in putting forward their recommendations so our leaders can make the tough decisions that they have to make.”

Many Albertans are feeling frustrated and fatigued by the public health restrictions, Guthrie said, but he urged residents to keep in mind as the vaccine rollout amps up the pandemic and its associated protocols will come to an end. Throughout April, May and June the province will see tremendous strides in getting vaccines to Albertans and this is where the focus should be.

“We’re so close and that’s where I want us to stay— focussed on getting through this,” Guthrie said.

He noted about 15 per cent of the population has been vaccinated and more doses are on the way to ensure as many Albertans as possible are inoculated against COVID-19. Guthrie added if Prime Minister Justin Trudeau and the federal government has been swifter in securing a vaccine supply the province would be in a different position.

Guthrie praised Kenney's leadership and a powerful message he shared with the caucus on the need to act swiftly to curb the third wave of COVID-19 and save lives.

“With increasing case counts there does come hospitalizations, and there does come more ICU and increased mortality. With the primary role of government being the protection of the health and well-being of its citizens there are some really tough decisions that are necessary,” Guthrie said.

Banff-Kananaskis MLA Miranda Rosin was one of 17 MLAs who signed a letter condemning the province's move to increase health measures in Alberta.

Rosin declined The Cochrane Eagles' request for comment on the letter.

The letter calls the move to increase public health measures “the wrong decision.”

“As MLAs, we are calling on our government colleagues to recognize the pleas of our constituents. After 13 painstaking months of COVID-19 public health restrictions, we do not support the additional restrictions imposed on Albertans yesterday, and we will continue advocating for a transparent path forward that provides certainty to Alberta families, communities and businesses,” reads the letter.

The letter states the physical and mental health effects of the virus has taken a harsh toll on the province's most vulnerable populations, but the MLAs believes the return to Step One is a movement backwards abandoning a plan Albertans had worked diligently over the past months to follow.

“I have heard resoundingly from citizens and small businesses alike that they cannot take this much longer. They need their livelihoods back, and want the ability to once again take responsibility for their own destiny and visit with their loved ones,” Rosin said in a statement released on Facebook.

She noted as an MLA representing Albertans most prominent tourism and hospitality communities, she was compelled to sign the letter. In a Facebook post Rosin said the area experienced an unemployment rate peaking at 85 per cent and because of this there is an impetus to continue reopening the province.

“Hospitality employees and small business owners have been clear with me that they did not enter entrepreneurship to become government employees, and that the best support our government can give them at this time is the endorsement to safely and permanently resume operations,” Rosin said. “We cannot continue down this path of uncertainty forever.”