Prepare for winter driving and buckle up 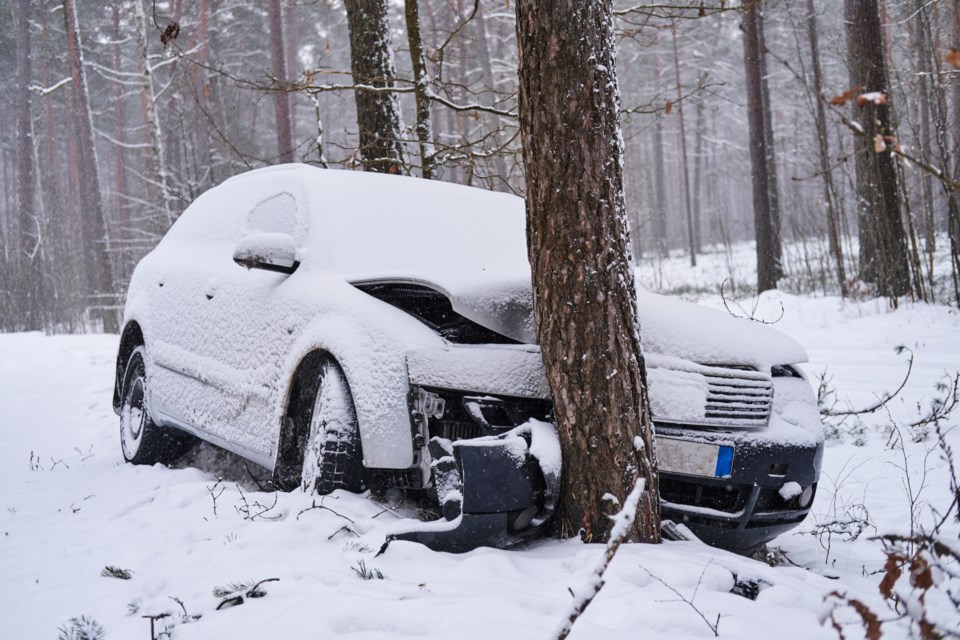 As the temperature and weather conditions have been fluctuating, combined, they can make for unpredictable highway surface conditions for driving. Several factors besides highway conditions can contribute to an increase in being involved in an accident. During the colder months, there’s an increased risk of motor vehicle collisions due to snow and ice and a lack of willingness to change ones driving habits. The Alberta Government statistics show an overall increase of 65.9 percent of crashes occurring in winter over the holiday season. The majority of both drivers and passengers who suffered injuries were between 15 to 24 years of age. Following too closely (31.7 percent), running off the road (18 percent), and making a left turn across the path of an oncoming vehicle (11.4 percent) were the most frequently identified improper driving actions contributing to casualty collisions. Under Alberta law, motorists are legally required to drive according to road conditions and not necessarily the posted speed limit, as you could run the risk of being issued a ticket.

Not only does your vehicle need to be prepared for winter, but so does the driver. A few tips to make your journey safer is to have an emergency kit in the vehicle. The kit should contain, at the minimum, a first aid kit, blankets, flashlight, shovel and kitty litter. Ensure the vehicle tires are adequate for the conditions. All tire rubber stiffens as the weather gets colder, but snow or winter tires are specifically designed to maintain their elasticity even at bitter cold temperatures. A few other driving tips found on the Government of Alberta website that are crucial for winter driving are avoiding braking on curves and descending hills. On snowy roads, try driving outside of the previous tire tracks for extra traction and allow at least three times the average following distance.

Another factor contributing to the severity of those injured in a collision is children not buckled in properly for their age and weight or those not wearing a seat belt. According to Alberta Transportation statistics from their last update in 2018, 32.7 percent of those involved in an accident were not wearing a seatbelt. When it comes to children, proper child car seats and restraints can save lives and reduce injury risk. Supt. With the Alberta Traffic Sheriffs, Rick Gardner stated in a media release, “It is the responsibility of parents and caretakers to ensure young passengers are correctly harnessed and buckled in. That’s why it is so important that motorists be educated on child seat safety." When used correctly, child safety seats can reduce the risk of fatal injury by 71 percent and the risk of serious injury by 67 percent.

For adults, buckle up and adjust the headrest so that the headrest's center is even with the top of your ears. Children under six years of age, weighing 40 pounds or less, must be buckled in a car seat. According to Alberta Health, it's highly recommended children over the age of six use a booster seat. "Your children look to you to keep them safe on the roads – always take the time to buckle them up and make their safety your priority,” stated Supt. Gary Graham, Alberta RCMP Traffic Services.