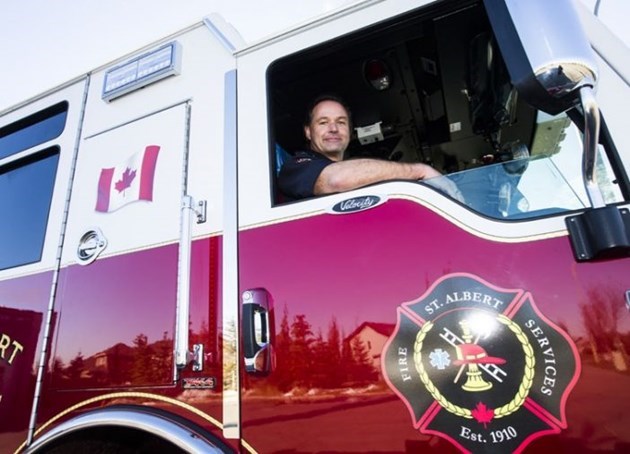 St. Albert’s fire chief has apologized for dressing up in blackface three years ago, recognizing his actions at the time were racist, Star Edmonton reports.

The City of St. Albert addressed the issue publicly in a statement by chief administrative officer Kevin Scoble Thursday afternoon, calling the actions “racially insensitive” and not consistent with the city’s culture and values.

“The employee has taken accountability for the mistake and is working to make amends, which is a positive step moving forward,” Scoble said.

Gretzinger told the Star he removed the photo from his Facebook page a year ago and posted an apology on Facebook last Thursday. The apology came a day after a photo showing Prime Minister Justin Trudeau wearing brownface at an Arabian Nights themed event at a private Vancouver school he taught at.

Blackface and brownface are considered racist due to their historical use in demeaning and making fun of people of colour, with ties to slavery and the Jim Crow era in the United States.

Scoble said the incident is being used as an opportunity to “educate staff on the importance of reflecting on their own actions, beliefs and experiences.”

“Staff are being asked to reflect on our culture and values and what they mean to them. Staff are further encouraged to incorporate those values into their decisions and behaviors in the workplace and when off duty,” he said.

About the Author: Hannah Lawson

Hannah Lawson joined the St. Albert Gazette in 2019 after working as editor of the Athabasca Advocate. She writes about city hall.
Read more