“The majority of what we sell gets picked, packed and shipped within the same day ... there is no ability to weather challenging times and difficult storms by building inventory,” Hamer said.
Jun 17, 2020 7:15 AM By: Jennifer Henderson, Local Journalism Initiative reporter 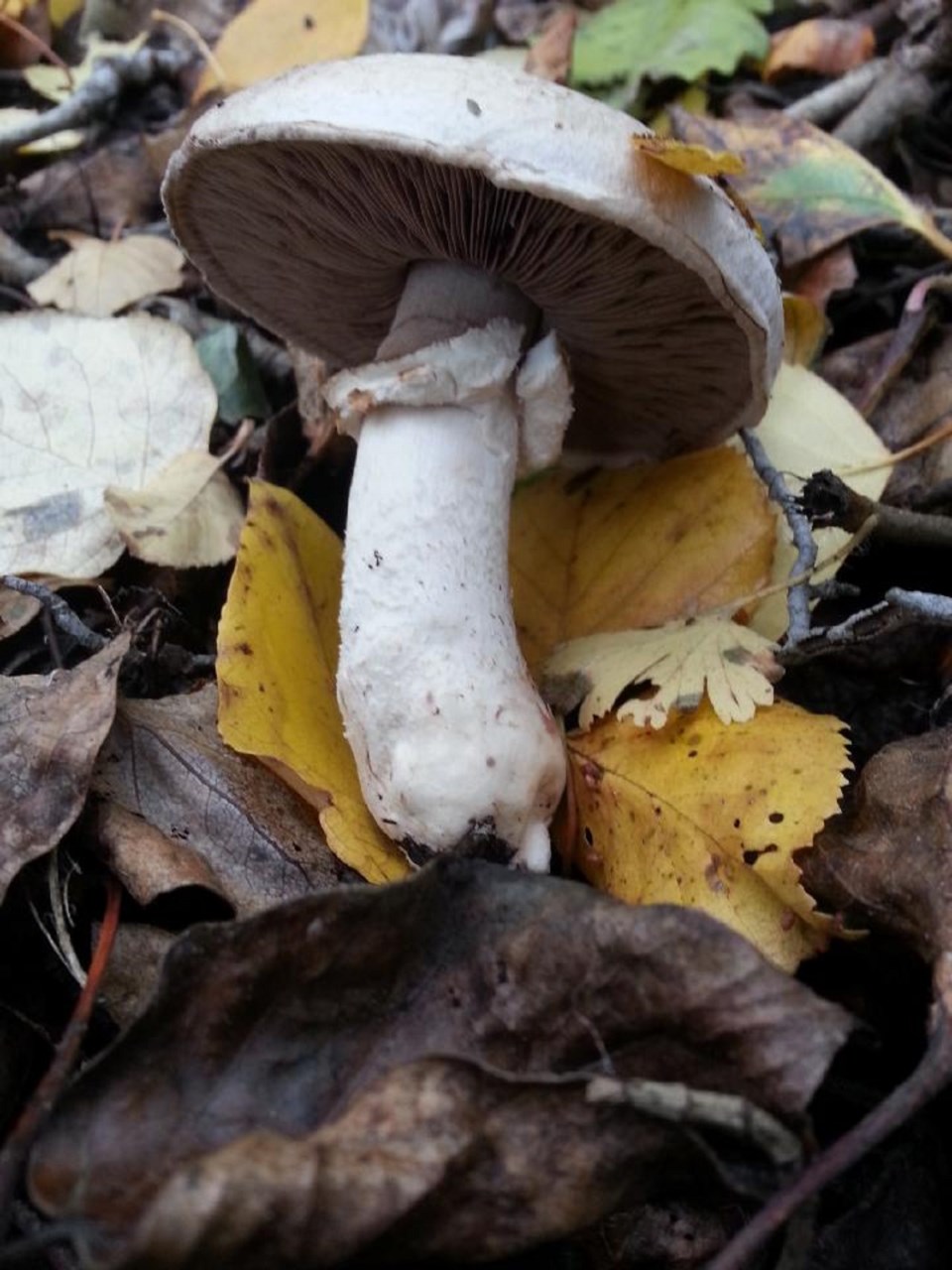 This is part of a series examining the ways the COVID-19 pandemic has changed Alberta agriculture, creating unprecedented challenges for farmers. Read our introduction to the series here.

Mushroom farmers in Alberta have been redirecting their food to grocery stores and food banks while the pandemic kept restaurants closed, but the industry has lost millions of dollars.

Restaurants, arenas, hotels and pizza places account for some 30 to 50 per cent of the mushrooms picked and sold in Canada. The mushroom industry took a corresponding 30- to 50-per-cent loss when the COVID-19 pandemic forced the closure of many of those businesses.

Janet Krayden, a workforce expert with the Canadian Mushroom Growers' Association, said the impacts were immediate as mushroom growers had nowhere to sell their harvest – and given the short amount of time it takes to grow mushrooms, the industry is always harvesting.

“I feel like we're on the front end of an ugly dragon that's been moving through the supply chain,” Krayden said.

Mushrooms are a billion-dollar industry in Canada, creating 4,000 jobs and employing 900 temporary foreign workers. Nearly 200,000 tonnes of mushrooms are produced each year, with 40 per cent of that exported to the U.S.

Growing mushrooms is labour intensive, and once grown, they must be harvested and sold, or they go bad quickly. With many mushrooms doubling in size every 24 hours, farms don't have the flexibility to keep in the ground or on the shelf for long.

“The majority of what we sell gets picked, packed and shipped within the same day ... there is no ability to weather challenging times and difficult storms by building inventory,” Hamer said.

“There's no ability that we have to delay crops or impact crop timing, to try and better match supply and demand. We are growing 365 days a year and we're always harvesting – and that makes it challenging.”

Jim Vercammen, a food supply economist with the University of British Columbia, said mushrooms can't be stored and there are not a lot of diverse markets out there for the products.

“You can't really process mushrooms,” he said, and it can be tough to pivot quickly toward canning the product. However, he said their short growing time means the industry can respond a little quicker to market demand than a crop that takes six months to grow.

The mushroom industry, which has produced 1.2 million pounds of crop across Canada each week since March, has lost more than $2.6 million in product since the pandemic started.

Highline Mushrooms adapted quickly, redirecting products that would have gone to restaurants into grocery stores instead in an effort to meet the increased retail demand from consumers.

“As people are getting less of their food outside the home and are cooking more ... the demand for mushrooms at grocery stores increased substantially,” Hamer said.

But grocery stores require a different kind of packing, and typically consumers purchase 227-gram or 454-gram containers. Hamer and his team had to turn on a dime and switch from packaging much of their product in 10-pound boxes to packaging mushrooms in much smaller containers. Hamer's company has been hiring help to make that change.

Grocery shoppers didn't pick up the full drop from restaurants, though. Highline Mushrooms has also been redirecting products to food banks and people in need, but that comes with its own challenges. A truckload of mushrooms – which would be a normal-sized delivery for a large food service operator or for a grocery store – would be far too much for a food bank to absorb.

“Instead of one truck of mushrooms going to one distribution centre, you have one truck going to all of these food banks,” Hamer said. That means a lot more driving.

Food banks don't typically have loading docks or mechanisms to receive large trucks when they arrive.

Soup kitchens have a better likelihood of being able to manage larger amounts of mushrooms, Hamer noted, but only if they have enough refrigerator space.

“There's a lot of logistics that are much more difficult than what probably most people would think,” Hamer said.

Canada's mushroom industry has been lobbying the government to help connect products to people who are struggling to get access to fresh food as a way to help balance out demand with the current supply.

“If there was an ability of the government to step in and ensure that the mushroom growers would be in a position of overproduction – and if they ever were, there would be a backstop to be able to help shift the supply to those who are in need, whether it be food banks or whatever it may be – that could be a mechanism to ensure that the mushroom supply didn't get cut back too far for too long,” Hamer said.

The wild drop in demand across the industry meant farmers weren't sure how much to grow. Many mushroom growers reduced their capacity, and mushroom organizations in the U.S. Have started warning of a potential future mushroom shortage.

If mushroom farmers plan for fewer crops this week, for instance, when they harvest in six weeks' time they may have planted too few and demand could outpace supply. As restaurants reopen, if demand for mushrooms spikes, the industry could face a shortage.

Mushroom growers are also looking for government support to secure personal protective gear for their staff.

Hamer said his business started taking safety precautions in early March. Mushroom farming is a labour-intensive job, with many staff members working together in close quarters picking and packing the product. An outbreak at his facility would have been catastrophic for his workers' safety and – given how perishable mushrooms are – the crop wouldn't be salvaged if they had to shut down even for a few days.

Highline Mushrooms has 10 facilities across Canada. The one in Crossfield, Alta., staffs around 210 employees.

The company brought in mandatory mask policies and added additional bus routes to bring staff to the facility. They put up Plexiglas barriers at every workstation on packing lines to keep people separated. The company also assigned lunch and break spots so people who live, ride a bus or carpool together would also work and eat lunch together.

Hamer said he wanted to make sure his staff didn't feel pressured to come to work if they were sick, so they also put a policy in place so employees wouldn't lose pay because of a medically necessary quarantine.

But those thorough safety measures came with a hefty price tag – one the industry as a whole has been struggling with.

Krayden estimates the cost of keeping workers safe comes in at roughly $240,000 per week industry-wide. She said the government needs to help support them on the safety side.

“Agriculture is carrying a heavy burden right now and that's why we are asking for emergency aid,” Krayden said.

In early May, Prime Minister Justin Trudeau announced $252 million in aid for Canada's agricultural sector, primarily beef and pork. Krayden said that announcement, along with other agriculture announcements, don't work for the mushroom industry.

Mushroom farms don't qualify for these various supports because high capital investments push them above the threshold of a small business and they have too many workers.

Krayden said she has heard from only one farmer who was able to effectively use the AgriStability program – a federal/provincial program to help farmers manage losses from major market fluctuations, among other factors.

Krayden said she is investigating other food producing funding supports that can apply to her industry, but has no answers yet.

“Agriculture is getting hit hard, including the mushroom sector … We really need the government to step up to the plate,” Krayden said.

Jennifer Henderson covers rural Alberta matters under the Local Journalism Initiative, which is funded by the Government of Canada.