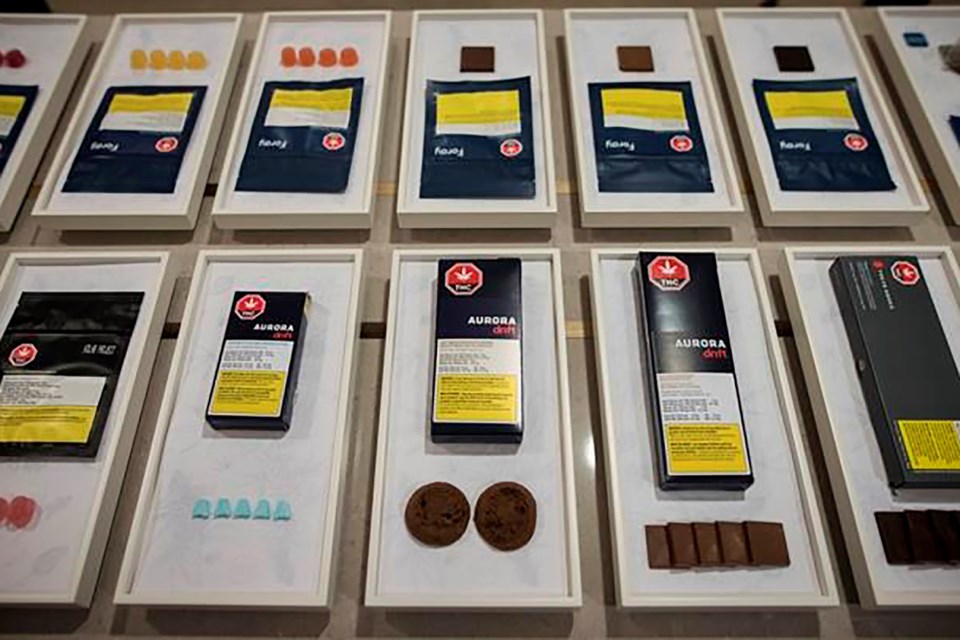 Health Canada is warning people to do more to keep edible pot products out of the hands of kids. A variety of cannabis edibles are displayed at the Ontario Cannabis Store in Toronto on Friday, Jan. 3, 2020. THE CANADIAN PRESS/ Tijana Martin

OTTAWA — Health Canada is warning people to do more to keep edible pot products out of the hands of kids, as multiple children ended up in the hospital after eating them.

A department official said Thursday that since October 2018, when the recreational use of marijuana was legalized in Canada, at least 15 children under the age of 12 have had serious adverse reactions after consuming food or drinks containing marijuana.

Serious adverse reactions include hospitalization, incapacitation or death, though the department does not report any deaths associated with the issue.

In many cases the children accidentally ate illegal edibles that looked like regular candy or other foods and were stored in places kids could easily access, like refrigerators and freezers.

It is warning people not to store cannabis products where children can find them, and to buy only legal products that are required to have child-resistant and plain packaging that does not appeal to youngsters.

Food and drinks containing cannabis did not become legal in Canada for a year after dried seeds, flowers and oils became legal, and it took until December 2019 before the first edible pot products were actually approved for sale.

To be considered legal, pot-infused gummies, chocolates and beverages must be sold by retailers authorized by provincial and territorial governments, bear proper labels and set a maximum THC content.

Health Canada says even adults can confuse regular candies and baked goods with those containing cannabis, and proper storage and labelling is critical to keeping all people safe.

This report by The Canadian Press was first published Aug. 13, 2020.

More than one-fifth of Canadian companies will adjust pay if staff relocate: survey
Jan 23, 2021 10:15 AM