EM spreads through our wildlife populations in a cycle between carnivores (such as coyotes and foxes) and rodents (such as mice and voles).
Nov 28, 2020 4:45 PM By: Dean LaBerge, Local Journalism Initiative Reporter 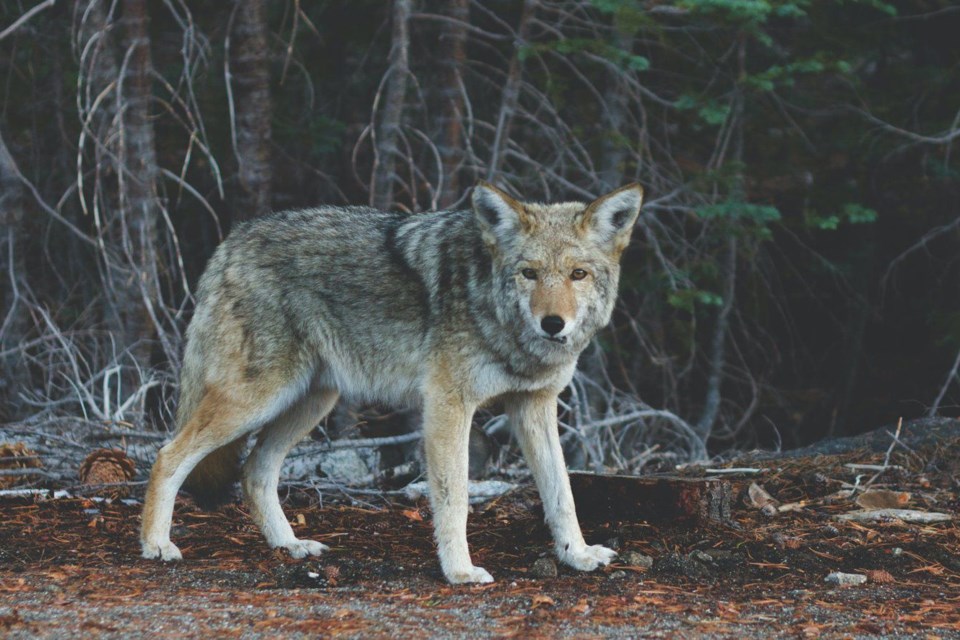 A European strain of tapeworm has been spreading through Alberta's coyote and fox populations for at least the past eight years. This parasite, Echinococcus multilocularis, was first detected in Alberta in 2012 by researchers while testing Alberta wildlife populations for disease.

When transferred to humans, this tapeworm causes human alveolar echinococcosis (AE). AE can cause tumour-like growths in the liver with the potential for metastatic spread to other organs and is fatal if left untreated. Fortunately, this disease has a long incubation period of an estimated 5 – 15 years and is very treatable in its early stages. The treatment for AE involves anti-parasitic medication and can involve surgical intervention in more advanced cases. Unfortunately, an infected person could remain undiagnosed for years if their doctor does not know exactly what to look for. AE infection can be detected by testing the blood for antibodies. There have been fewer than 20 definitively diagnosed AE cases in Alberta since 2012 when Echinococcus multilocularis (EM) was found to be present in our local wildlife populations.

EM is spread to humans through the accidental ingestion of its microscopic eggs. These eggs can be transferred through contact with infected animals' feces, contact with infected soil, and the ingestion of contaminated fruits and vegetables (such as wild berries and herbs). After the eggs have been consumed, they hatch in the intestines. After hatching, the larval stage of EM targets the liver, producing tumour-like growths.

EM spreads through our wildlife populations in a cycle between carnivores (such as coyotes and foxes) and rodents (such as mice and voles). The rodents will ingest the tapeworm's eggs through contact with the feces of infected carnivores. The eggs hatch into larvae in the rodent's digestive system. The larval infection then weakens or kills the rodent, which is eaten by carnivores. The larvae ingested by the carnivores grow to become adult tapeworms, shedding their microscopic eggs through the host's feces.

One of the concerns regarding the transmission of EM to humans is that dogs are also susceptible to this contagion. Dogs can get the parasite through contact with the feces of infected wildlife or by eating infected rodents. The eggs from the feces become attached to the dog's fur and ingested through its grooming activities, or even transferred to their owners via petting. Once the dog has become infected, they will develop the adult tapeworms, which will shed their eggs in the dog's feces.

Some coyote populations in Alberta have seen EM infection rates as high as 65%, but luckily the infection rates in dogs have remained low. Dog owners can protect themselves from infection by washing their hands thoroughly after picking up their pet's waste. There is medication to treat dogs for this specific tapeworm.

Hunters and trappers are considered to be at a much higher risk for infection due to a higher likelihood of coming into contact with infected coyotes or foxes. It is recommended that they get their blood tested for antibodies.

While the spread of EM in our wildlife populations is a concern, it is not a cause for panic. Knowledge of the risk of contracting AE is important so that people can take the necessary steps to protect themselves from infection.

Read more from the Grizzly Gazette