Bacoban, a water-based disinfectant from Germany, was sprayed throughout Dark Woods Brewing and Coffee Roasting
Jun 27, 2020 9:30 AM By: Gary Poignant 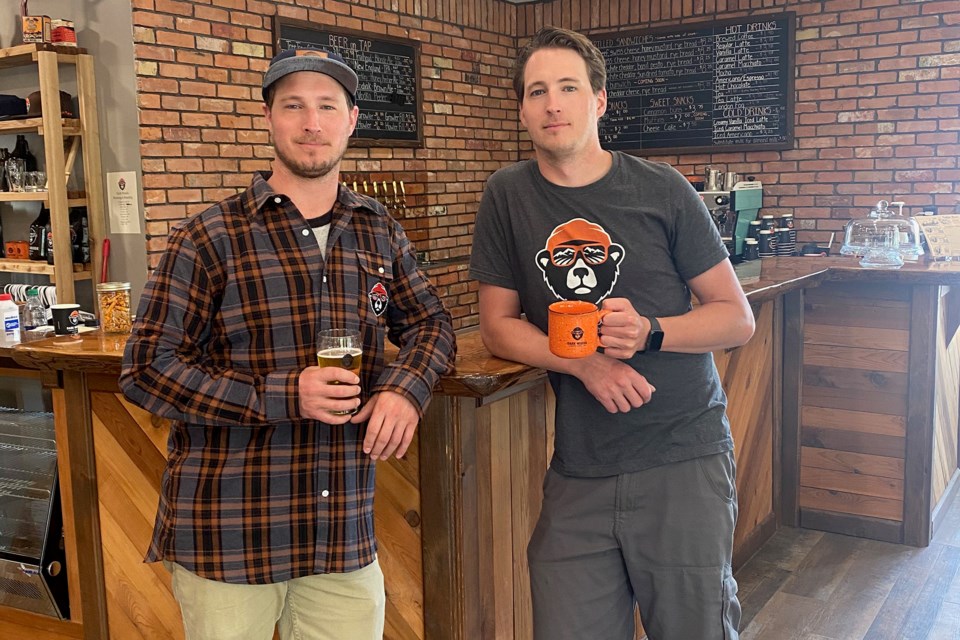 INNISFAIL, Alta. — The owners of Dark Woods Brewing and Coffee Roasting credit a specialized cleaning agent with giving them an edge going forward as they aim to grow their business during the COVID-19 pandemic.

“People don't have any issues with coming through the door," said Nick Bell, co-owner and operator along with twin brother Scott, of the beer and coffee spot on Innisfail's main street.

He stressed the outlet is adhering to all provincial COVID-19 regulations, but said the sanitizing spray has "allowed people to be much more confident to come in and grab a beer or a coffee."

Bacoban, a water-based disinfectant from Germany, was sprayed throughout Dark Woods' two-storey building during an 80-minute procedure in late March by OP Fire and Safety's Glen Carritt.

"It kills the (COVID-19) virus on the surface with an efficacy of 99.99 per cent for 10 days," said Carritt, adding he has been using the product for the past four years but "we have been alot busier since COVID hit." He said the product sprays out a mist that leaves a micro layer of film that kills any virus that it comes in contact with.

Carritt is slated to return to Dark Woods in early July for a second spray, adding that the product provides a high-level of surface protection for up to six months.

“This is not a guarantee. It's just another level of protection," said Carritt, pointing out you can't prevent "someone with the virus from walking in and coughing."

Nick said physical distancing is being followed and there is easy access to hand sanitizers inside Dark Woods.

For the Bell brothers, the extra layer of protection has been a boon for business.

"We are excited where we are right now," said Nick, who along with Scott, both 30, opened Dark Woods' new home in January.

The brothers, born and raised in Innisfail, started brewing beer in the family garage five years ago.

"We learned a lot through the years and decided after three years it was time to step it up," said Nick, adding the company name and bear logo comes from the family's love for the great outdoors.

Two years ago they moved to the a spot at the back of their father's Napa Auto Parts store in Innisfail. He said the more they brewed, the more they sold.

In early 2019, Nick and Scott decided to build their own brewery while also introducing a coffee roasting component..

“We decided to go all in," said Nick, adding, "three months after we finally opened our doors COVID hit and we were forced to shut down."

The brothers were forced to layoff all six employees and switch to beer takeout service only.

"I can tell you that people loved receiving beer to their house unexpected. We were really able to create some happiness in such tough times," said, Nick, adding his wife, Brianna joined the two-man team during the shutdown.

When provincial regulations were relaxed in mid-May, Dark Woods reopened and five of six employees were hired back.

Nick, who is the master roaster while Scott is the brew master, said a big part of their success is buying local products when they can.

"Being able to support the local people of this town is what we are all about. Alberta farmers make the best barley in the world. We don’t need to go far to get as much barley as we need." said Nick.

There are 10 different beers at Dark Woods — including one named Berkley — in honour of the Kodiak bear and Discovery Wildlife Park resident who made headlines two years ago for eating ice cream at a local drive-thru.

All customer areas of Dark Woods — from the main tap room to both outdoor patios — have had capacity reduced to comply with COVID-19 regulations.

Nick said an upstairs event room that can hold up to 70 people for special events will remain closed for the forseeable future.

Innisfail, which is 119 km north of Calgary, has no active COVID-19 cases.

Gary Poignant is a freelance writer and regular contributor to AlbertaPrimeTimes.com. This story was funded by the Facebook Journalism Project Supporting Local News Coverage of COVID-19 Program via the Local Media Foundation.