The project's three main goals are to get universities to shift their own energy consumption to completely renewable sources, divest from fossil fuels and integrate climate change in their curriculum.
Nov 21, 2020 10:45 AM By: Alastair Sharp, Local Journalism Initiative Reporter 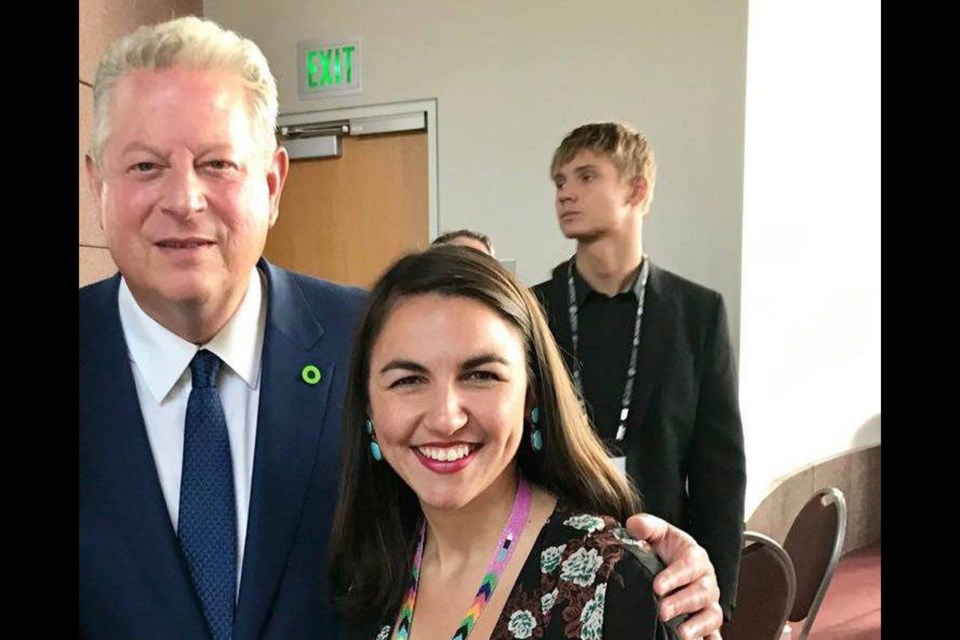 Post-secondary students at a trio of university campuses in Canada will soon get the chance to shake things up with climate change training from Al Gore and others to help them convince their institutions to divest from fossil fuels and embrace renewable energy.

The Climate Reality Project is adding to its efforts to get Canadian municipalities to turn green by linking up with already robust student movements leading the charge on climate action on some campuses and, prior to COVID-19, on the streets.

“What we are trying to make sure is that those voices have impact with the decision-making process, that the concerns of students are being taken into account by those institutions,” said André-Yanne Parent, the executive director of the project’s Canadian operations.

The initiative joins a growing movement of post-secondary students and faculty in Canada calling on institutions of higher learning to divert from fossil fuels and take other climate-friendly actions.

In September, a coalition including the University of Toronto’s School of the Environment and its chapter of The Leap, a movement co-founded by author and activist Naomi Klein to push for a Green New Deal, released an open letter calling for school endowments to completely eliminate fossil fuel companies from their portfolios by 2025.

Such investments are increasingly seen as risky, with the U.S. Federal Reserve this month warning for the first time that the effects of climate change risk the stability of the financial system.

Parent said the project is working closely with Quebec’s coalition of student climate action groups, CEVES, as well as Fridays for Future Toronto, both of which play major roles in the massive climate marches pressuring politicians and policy-makers before COVID-19 hit.

Daphné Mongeau, the project’s co-ordinator and a master’s student of sustainability at Quebec’s University of Sherbrooke, says its three main goals are to get universities to shift their own energy consumption to completely renewable sources, divest from fossil fuels and integrate climate change in their curriculum.

The group’s aim is to establish at least one chapter in five different provinces by the end of the three-year pilot and have each chapter run at least five different campaigns each year.

“If there is a change in policy within a university after three years thanks to a Campus Corps chapter, that would be a great success,” she said.

Project co-ordinator Daphné Mongeau says the goal is to get universities to shift investment away from polluting companies, use only renewable energy themselves and incorporate climate change into their curriculum.

The front-runners to participate in the first year of the program so far are the University of British Columbia’s Okanagan campus and Ontario’s University of Waterloo and University of Windsor, the organizers said, but applications remain open, and they are eager to hear from any students who identify a need for change on their campus.

The Climate Reality Project’s main training event had to move online this year — shifting from three days of intensive training to two hours a day spread over a week — but still managed to train more than 5,000 people from around the world over the summer, including almost 400 in Canada.

The project has so far trained some 1,400 Climate Reality Leaders across Canada and established 23 community climate hubs since 2017 (10 more are on the way) to push municipal governments to be more green.