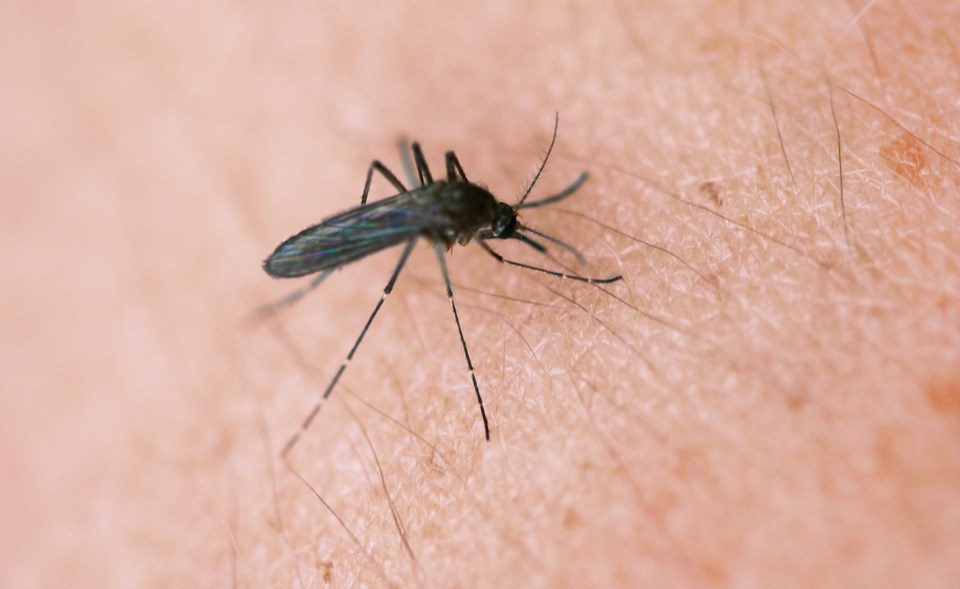 Alberta Health Services is reminding residents to take precautions to protect themselves and their loved ones from West Nile virus infection this summer. The virus is transmitted through mosquito bites. Photo: Metro Creative Connection

Mosquito bites are more than just an irritating consequence of spending time outdoors during the summer – they can make you sick. Alberta Health Services is encouraging Albertans to protect themselves against West Nile virus infection.

“When the mosquitoes start coming out in force, the risk of being bitten goes up,” said Dr. Christine Kennedy, medical officer of health with the Calgary Zone. “And the risks of being bitten increase people’s chances of having that bite and that mosquito transmit West Nile virus.”

While Kennedy said not all mosquitoes carry the virus, it’s important for Albertans to avoid being bitten at all to reduce the chance of infection. Whenever residents plan to spend any time outdoors, she said, there are some steps to take that can help prevent bites and protect Albertans from the virus.

Dressing in light-coloured clothing – including pants, a long-sleeved shirt and a hat – can help discourage mosquitoes from biting, according to Kennedy. Additionally, she said, Albertans should be using an approved insect repellent containing DEET or Icaridin and could consider limiting the time they spend outside.

“Consider staying indoors at dawn and dusk, when mosquitoes are most active and hungry and willing to bite you,” she said. “For those individuals who are a little reticent about applying insect repellent to young children, it’s really important to keep their skin covered and keep them inside and away from mosquitoes during these times of the day.”

According to Kennedy, following these suggestions will make Albertans less visible to the pests – and, she said, “if mosquitoes can’t find you, they can’t bite you.”

Only 532 cases of West Nile virus were confirmed in Alberta from 2003 to 2018, but Kennedy said the virus can be hard for patients to identify due to its generalized symptoms. Most cases of West Nile come with non-neurological symptoms, she said, which include fever, chills, nausea, vomiting, fatigue, skin rash, swollen glands and headache.

“It’s a tough thing for people to look out for – it shares a lot of symptoms with many other viruses and bacteria,” she said. “But non-neurological cases form the vast majority, 458 of the 532 cases.”

While Albertans may be more concerned about West Nile risk when visiting other countries, Kennedy said most of the cases in the province over the past 15 years were not travel-related – the infection was contracted locally.

“We have not had any confirmed cases of West Nile virus in Alberta yet in 2019,” she said. “But it’s difficult to say whether that’s because people are taking appropriate precautions from being bitten by mosquitoes, or if there’s just less virus circulating in the mosquito population this year.”

To learn more about West Nile virus and the precautions necessary to reduce risk, visit fightthebite.info or call Health Link at 811.

The Quarantine 15? This tool will help you calculate how much weight you'll gain under isolation
Apr 4, 2020 5:50 PM

Researchers look at humidity as a weapon in the fight against airborne viruses
Apr 4, 2020 2:30 PM