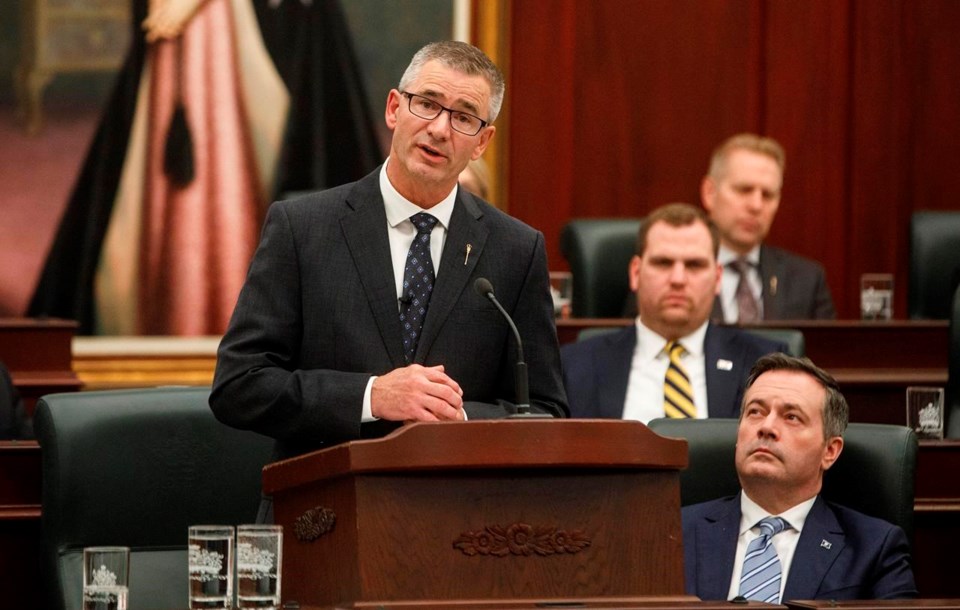 EDMONTON — Alberta's finance minister says he expects all provincial departments to make recommendations similar to cuts recently announced by the health ministry for next year's budget.

Health Minister Tyler Shandro has said he will cut up to 11,000 jobs at Alberta Health Services to save money — a move the Opposition NDP says is cruel and will create chaos in the health-care system.

Finance Minister Travis Toews says Shandro is "carefully and thoughtfully" making a number of changes that were recommended in a recent AHS review.

Toews says a similar approach needs to be applied to every ministry as the United Conservative government looks for efficiencies in delivering services.

He made the comments as he asked Albertans to help set the direction of next year's budget by taking part in an online survey and joining telephone town halls.

Toews says the province is confronted with an extreme fiscal challenge.

"Alberta has been hit with a serious triple black swan event," he said during a news conference Wednesday. "The global economy experienced the largest contraction since the Great Depression.

"Demand destruction and the oil price war between Saudi Arabia and Russia led to a total collapse in energy prices and, at the same time, we are dealing with the pandemic in our own province.

"The impacts to Alberta's finances were severe and immediate."

This report by The Canadian Press was first published Oct. 14, 2020.