EDMONTON — Alberta has announced a three-year deal that it says will prevent municipal taxes and levies from harming its already battered energy industry.
Oct 20, 2020 4:45 PM By: Canadian Press 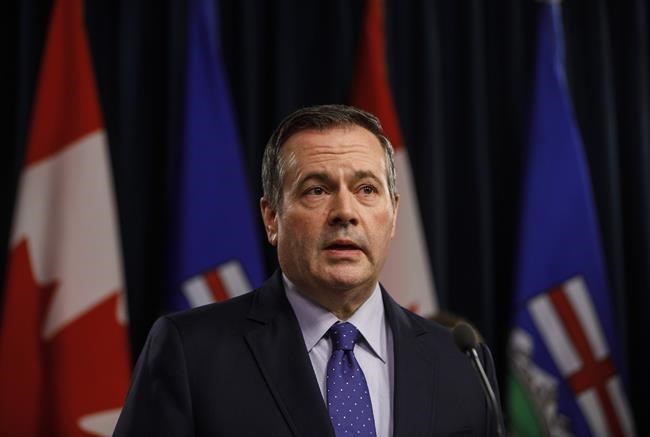 EDMONTON — Alberta has announced a three-year deal that it says will prevent municipal taxes and levies from harming its already battered energy industry.

But the deal leaves unresolved the issue of rural property taxes that some companies have refused to pay. Nor does it address industry concerns over unfair taxation.

"The unpaid taxes is our No. 1 concern," Al Kemmere of Rural Municipalities Alberta said Monday. "It has got some of our member municipalities on the cusp of not being able to pay their bills."

As Alberta's oilpatch faces a crisis caused by declining prices and falling production, some companies are choosing not to pay their taxes to remain in business. Those unpaid taxes have more than doubled to $173 million since last year.

Industry says the way taxes are assessed is driving companies out of business. Properties are assessed by the provincial government, which evaluates them on replacement cost and not on market value.

Municipal Affairs Minister Tracy Allard said the interim deal will allow time for a permanent solution to be reached -- after the next provincial election.

"We have balanced the needs of the municipalities and the oil and gas industry," she said.

The measures include an exemption on property taxes for new wells, pipelines and new equipment. The province will also lower assessments for less productive oil and gas wells and keep in place assessments it recently lowered for shallow gas wells.

Allard said the moves will attract investment and create jobs.

"The minister recognizes the need for ensuring that we can create jobs, that we can address some of the issues facing us today."

"There's some foundational pieces there that need to be fixed or changed over the long term," he said.

The government did not release a price tag for the tax breaks, but a spokesman for the Canadian Association of Petroleum Producers has said they could save industry more than $80 million.

"Municipalities are going to be out those dollars," Kemmere said.

He called the stopgap measures an effort to achieve a fair balance between the needs of members and industry struggling to survive.

But he warned that his group has received no assurances that outstanding tax bills will be paid or that the new lowered rates will be honoured.

"Even if we change all the assessments, there are no guarantees or no assurances that that was going to be a system that was fixed," Kemmere said.

He said most producers pay up. But he added rural people are getting tired of oil and gas companies simply deciding to opt out of an expense everyone else has to pay.

"People are asking, 'How do they get away with that when everybody else has to pay their tax?' We are still looking at a non-solution if we do not have that item fixed."

Allard said the province expects municipalities to absorb the cuts without raising taxes.

"I expect them to do all they can to avoid increasing costs to ratepayers," she said.

She expressed faith the industry will have recovered enough in three years for a permanent solution to be found.

"I don't believe the energy industry is going to be a thing of the past."

This report by The Canadian Press was first published Oct. 19, 2020.