“If it is not safe, we will be prepared to cancel this portion of the season, but we are optimistic we can get back on the start line. I know this group of athletes will stay ready and do Canada proud.”
Dec 27, 2020 8:15 AM By: Jamey Glasnovic 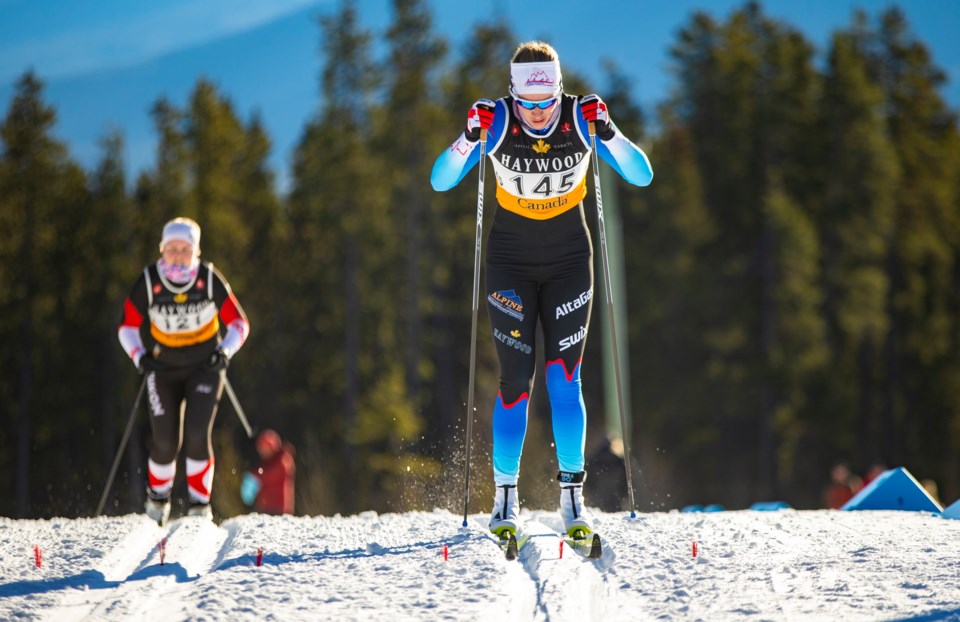 CANMORE – Canada’s elite cross-country skiers are finally off to the races.

FIS world cup races have been staged in Europe since late November, but out of an abundance of caution, the sport’s Canadian governing body has held off sending athletes until the new year. The decision, paired with the cancellation of races in North America, made picking teams a little more complicated than normal.

“Not having competitions in Canada this season to evaluate athlete performance, we developed an objective criteria for this trip in consultation with the high performance committee that is focused on maximizing Canada’s FIS nations’ ranking through all of these international events, while managing risks associated with the ongoing COVID-19 pandemic,” said Kate Boyd, high performance director at Nordiq Canada, in a press release.

There are five FIS world cup races on Canada’s schedule between January and March, starting in Lahti, Finland, on Jan. 23-24.

The six-member men’s team includes Canmore’s Russell Kennedy. The women’s team will send five skiers, and Dahria Beatty is anxious to get back to competition.

“It’s definitely weird us being here at home, watching the races happening over in Europe right now,” Beatty said. “So, I’m really looking forward to getting back to racing. Especially with the season having been cut short on the other end last year.”

The early stages of the COVID pandemic forced the cancellation of some races late in the 2019-20 season.

“It’ll have been pretty close to a year, just under a year of no racing, which is a really long time, so I’m really looking forward to getting back on the start line,” Beatty said.

For the senior athletes with aspirations of making the Olympic squad in 2022, it has been a challenging and, at times, a frustrating season so far.

Training routines have been reworked, and then reworked again as circumstances changed. Maintaining the motivation and focus required to perform at the highest level has been front of mind. A long-term perspective is key, according to Beatty.

“I knew that I needed to execute my training as well as I could in order to continue to put myself in the best place possible for next winter for the Olympic season,” she said.

In addition to the world cup schedule, Canmore’s Sam Hendry will be part of the men’s squad set to compete at the FIS Nordic U23 Cross-Country World Ski Championships in Vuokatti, Finland in February.

Tom Stephen and Anna Pryce from Calgary, and Xavier McKeever from Canmore, will be part of the junior world championships team.

Even with a plan to return to racing in place, the ever-evolving COVID-19 crisis remains a part of Nordiq Canada’s decision-making process going forward.

“While we believe it is important to provide competitive race opportunities for all of our athletes, this will not come at all costs," Boyd said. "We are going to continue to work with our medical advisors in assessing the pandemic and potential risks to our team, and program.

“If it is not safe, we will be prepared to cancel this portion of the season, but we are optimistic we can get back on the start line. I know this group of athletes will stay ready and do Canada proud.”

Go to www.nordiqcanada.ca to keep up with developments on the men’s and women’s cross-country ski teams.