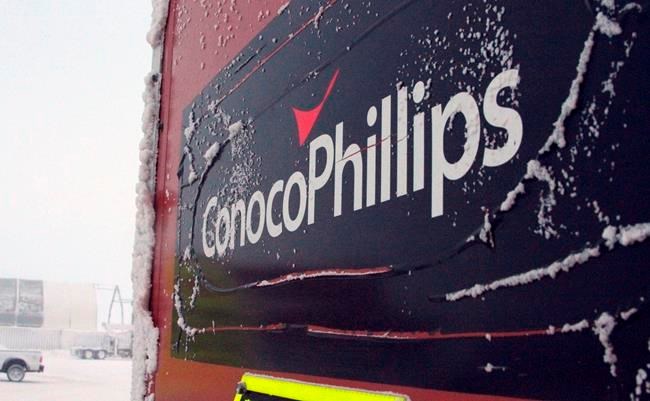 CALGARY — ConocoPhillips plans to sell its roughly 10 per cent stake in Cenovus Energy Inc. as part of a plan to pay for a repurchase of its own shares.

The U.S. energy company acquired shares in Cenovus in 2017 when the Calgary-based company bought some oilsands operations and natural gas assets from ConocoPhillips.

It says the pace of the sales will be guided by market conditions.

Cenovus shares were down 42 cents or about four per cent at $9.49 in mid-morning trading on the Toronto Stock Exchange.

Companies in this story: (TSX:CVE)