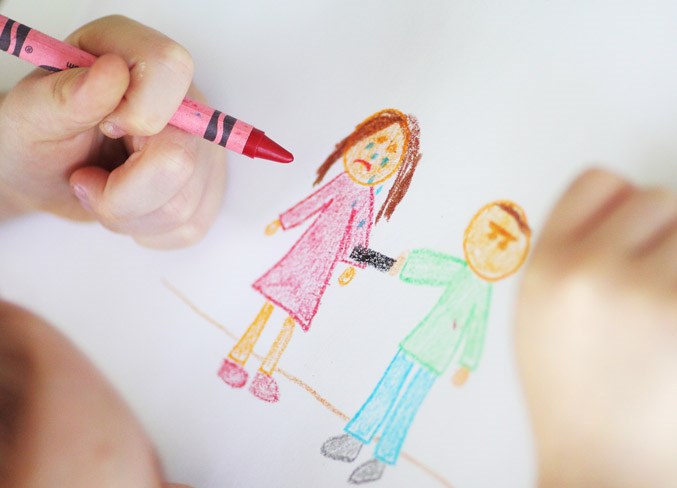 An initiative aimed at addressing the most pressing issues around domestic violence recently received some help from the Alberta Government in the form of $140,000. The Collective Impact initiative focuses on large-scale social change and is gathering input from across Alberta.

Preventing domestic violence takes teamwork – no single organization can do it alone. That's the approach Sagesse, an organization committed to breaking the cycle of violence, has taken with its Provincial Collective Impact initiative. "Collective impact is the idea that we can make large-scale change around domestic violence when we work together as a community – making sure we have a common agenda, which is ending domestic violence," said Andrea Silvertsone, Sagesse executive director. The initiative is not intended to serve the client directly, she added, but is instead about gathering stories and examining thematic issues that prevent people from addressing the violence in their lives. "When I say client, that could be a victim, a perpetrator, it could be a friend or family member. And so, by gathering those experiences and understanding what those issues are, we can work together as a whole, entire system across the province to start to address them," Silverstone said. To help support this initiative, the Government of Alberta recently provided $140,000 to the Alberta-wide organization, which operates in 31 sites across the province. "The analogy I use is this – a lot of our work that we do, and it's important work...is we are catching people at the bottom of a waterfall as they fall over," Silverstone said. "Part of what collective impact is about is creating those gates at the top of the waterfall, so no one ever falls over the waterfall. That's this new bit of funding that we got – it's a project to try and figure out where to build those gates, how we build those gates and knowing we can only do it together, as a community across Alberta." According to Silverstone, the rates of domestic violence in Alberta are some of the highest in Canada. "We know that we have issues around domestic violence. For example, in Calgary alone, we know that the Calgary Police Service has reported that their number of domestic violence responses over the past five years has gone up over 35 per cent, and I think it went up 12 per cent last year," she said. She added one in every four individuals will experience domestic violence in their lifetime, but the impact of that abuse does not stop at the individual. "That means if one out of four is experiencing domestic violence, those people have whole ecosystems around them – they have friends, they have family members, they have children – which actually means there is a much higher rate of people that are experiencing domestic violence that also have trauma as a result of trying to support them," Silverstone said. Though she couldn't say why the rates of domestic violence are so high in Alberta, she suggests the boom-bust economy could have something to do with it. Silverstone said in the most recent economic downturn, Sagesse saw a 30 per cent spike in clients accessing its resources. She added natural disasters such as recent wildfires and flooding, which have led to many people being displaced, could play a role, as well. "I also think that some of the structures about how our society is organized in Alberta also lends itself to domestic violence," she said. "We know that there are a lot of single-family homes, and in a single-family home – especially if there's not equity in the home – it's very easy to experience financial abuse and other types of abuse." Perhaps one of the bigger reasons for the prevalence of domestic violence in society, Silverstone said, is its hidden nature – which she said often prevents people from intervening. "When you see someone who is experiencing poverty, people step up – front and centre – to help them, because they see it and it doesn't feel shameful," she said. "When someone is experiencing domestic violence, they don't talk about it. It feels shameful, they feel like they're a failure, or they are the abuser and that feels shameful, as well. It's really personal. So, we have a tendency, as a society, to not engage in the same way when we see it happening." The Collective Impact initiative is one way Sagesse is working to combat the hidden side of domestic violence. "This funding, in particular, is going to help us to allow to begin the conversation across the province, so that as a province, we can pull together and make sure we're addressing the most pressing issues around domestic violence," Silverstone said. For more information, visit sagesse.org If you or a loved one is experiencing domestic violence, there are several resources available in Rocky View County. The Western Rocky View Family provides local and regional resource information, referrals and in-home support services to families and individuals in Rocky View County, including Bragg Creek, Springbank and Bearspaw. Visit cochrane.ca/163/Resource-Centre or call 403-851-2250 for more information. North Rocky View Community Links has offices in Airdrie, Beiseker, Crossfield, and Irricana. Call 1-866-945-3905 (toll free) or visit nrvcl.ab.ca for more information. Airdrie and District Victims Assistance Society (403-945-7290 or airdrievictimassistance.com) and Cochrane and Area Victim Services (1-800-615-5984 – toll free – or cochranevictimservices.com) also offer domestic violence services. - with files from Jessi Gowan