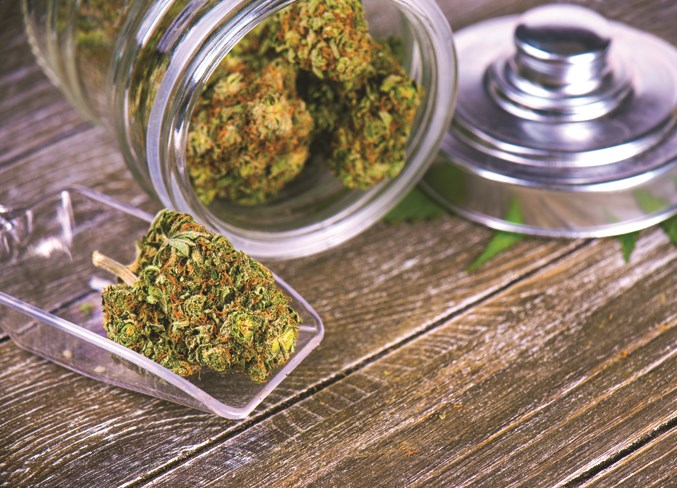 The Senate passed a bill June 20 making the recreational use of cannabis legal in Canada.

The recreational use, production and sale of cannabis will be legal in Canada as of Oct. 17, after Bill C-45 was passed in the Senate June 20. “We will soon have a new system in place, one that keeps cannabis out of the hands of our kids and keeps profits out of the hands of organized crime,” said Prime Minister Justin Trudeau in a news conference June 20. The originally proposed legalization date was July 1, but according to Trudeau, the delay will be to the benefit of all Canadians. "By giving the provinces more time to ensure that they are fully ready for the day of coming into force of this legislation, it will be a smooth success in all the ways that we can hope for,” he said. The Senate approved the bill by a 52-29 vote with two abstentions. The bill requires Royal Assent before it becomes law. Airdrie MP Blake Richards said he was worried legalization was happening too quickly. “Whatever one thinks of the merits of legalization, you can’t rush something through when you’re not ready to do it. There’s a lot of implications and unintended consequences,” he said. “I don’t think (this bill) really meets some of the stated purposes – certainly, I don’t see how it keeps (cannabis) out of the hands of children, I don’t see how it takes organized crime out of the picture, here, at all.” In the meantime, provinces have been working to develop a framework for implementation of the new legislation. In Alberta, anyone over the age of 18 will be allowed to possess and consume cannabis, but there will be restrictions on where residents can consume the drug. “Having this official date for legalization means our province now has the clarity it needs in order to move forward,” said Alberta Justice Minister and Solicitor General Kathleen Ganley in a June 21 news conference. “Once cannabis is legal…our work will not be over. Our government will watch closely to ensure our legal cannabis system is working, and we’ll make the changes as necessary to ensure that works for all Albertans.” Albertans over the age of 18 will be allowed to possess up to 30 grams of cannabis in public, and consume it in private homes and in some places where smoking tobacco is already allowed. Consumption will be restricted in public places where children are present, including playgrounds and near schools. How new retail cannabis businesses will be stocked with product is still being determined, according to Alberta Gaming and Liquor Commission (AGLC) president and Chief Executive Officer Alain Maisonneuve. “We’re working with a variety of producers to ensure we have a good, adequate supply (of products) for Albertans when legalization comes,” he said. “We’re concluding our negotiations with suppliers – we don’t have those contracts finalized but we’re very, very close.” Cannabis products will be sold to the AGLC, which will sell to storefronts, according to Ganley. This will need to take place before Oct. 17 to ensure these businesses are ready to open as soon as cannabis is legal, she added. City of Airdrie Intergovernmental Liaison Leona Esau said the delay to October gives the City “a little bit more breathing room.” “Our municipality…has been working diligently since the province released their regulations…to try and not only consult with the public and stakeholders, but also with our own internal departments, to try to figure out the best ways to address legalization…that reflect our community needs,” she said. Legalization will require amendments to four City of Airdrie bylaws, including the Land Use Bylaw and the Smoking Bylaw. Proposed changes will be presented to City council July 3, Esau said. Jill Iverson, City of Airdrie team lead of corporate communications, said the amendments to Airdrie’s bylaws will set separation distances for how far away cannabis retail businesses can be established in relation to buildings like schools, churches, public facilities and seniors’ homes. Mixed-use areas would be restricted from having cannabis stores, and production and processing facilities would be limited to industrial or rural areas.