Cameco to restart Cigar Lake uranium mine in northern Saskatchewan 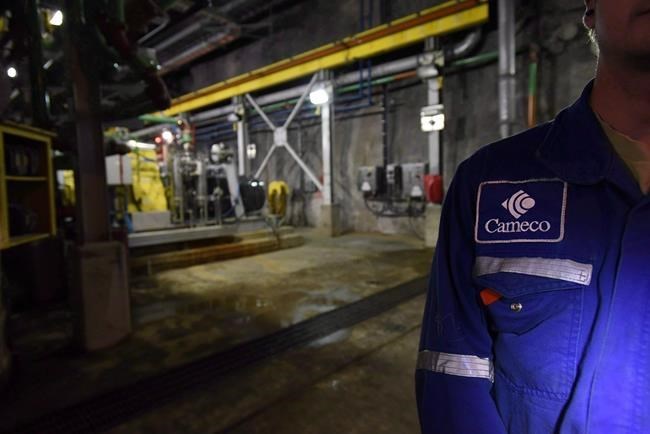 CALGARY — Cameco Corp. says it plans to restart production this month at its Cigar Lake uranium mine in northern Saskatchewan after suspending it in December to deal with risks from the pandemic.

The suspension followed six positive COVID-19 tests in the company's northern operations, including three at the fly-in-fly-out mine site.

The Saskatoon-based company said in December the mine would be placed in a "safe state of care and maintenance,'' resulting in a significant reduction in personnel and $8 million to $10 million in costs.

CEO Tim Gitzel says the company has implemented enhanced safety protocols for Cigar Lake, including increased distancing on flights, mandatory medical-grade masks for all workers and increased sanitization and physical barriers in eating areas. He says there's also a licensed COVID-19 testing facility at the mine site.

The timing of production restart and the production rate at Cigar Lake will be dependent on how quickly Cameco can bring workers back to site.

There were about 300 workers on site at peak production last fall.

“These further safety measures, along with the provincial vaccine rollout program and increased confidence around our ability to manage our critical workforce, have given us greater certainty that Cigar Lake will be able to operate safely and sustainably," Gitzel said.

This report by The Canadian Press was first published April 9, 2021.

Companies in this story: (TSX:CCO)