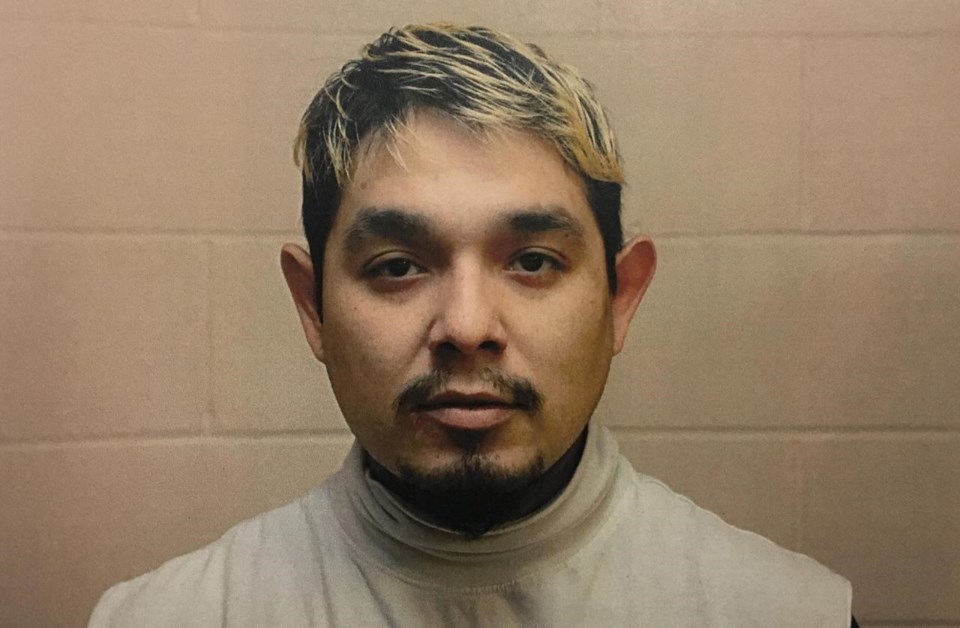 EDMONTON — An Edmonton judge says he will reduce the overall sentence of a man found responsible in his son's death because the man has been assaulted in jail and spends much of his time segregated in protective custody.

Joey Crier was convicted of manslaughter last month in the death of 19-month old Anthony Joseph Raine, whose body was found outside an Edmonton church in 2017.

In an agreed statement of facts submitted in court Friday, Crier's defence lawyers and Crown prosecutors said he was immediately designated a "high-profile inmate" due to media attention surrounding his criminal charges.

He was placed for his own protection in 23-hour-a-day lockup in a maximum security unit at the Edmonton Remand Centre.

"Mr. Crier was subject to fecal bombing and urine bombing in his cell by another inmate," said his lawyer Tania Shapka, reading from the statement.

It states there had also been at least one physical altercation with another inmate, who punched him in the head and neck.

Shapka said her client also alleges he was a victim of three additional assaults, although those weren't addressed in the statement of facts.

During his time in segregation, Crier is allowed out of his cell for two half-hour periods in each 24-hour block.

"Mr. Crier has been housed alone, without a cellmate, leaving him with limited meaningful human contact during his 23-hour lockup," said the statement. "There are no televisions in the cell, though they are wired to accommodate televisions."

Court heard he had no access to group programming, release planning, counselling, an outdoor courtyard or exercise room, which are available to inmates in the general population.

Some changes did take place in October 2017 when the Edmonton Remand Centre implemented an action plan to increase stimulation for inmates.

Crier has since had access to an exercise bike during his hour out of segregation and books while he's in his cell. He's also had opportunities to smudge with an Indigenous elder.

The statement noted Crier has been on suicide watch during his time in custody.

Shapka said that the assaults and the isolation are more egregious because Crier has been in the remand centre rather than a prison.

Court of Queen's Bench Justice David Labrenz accepted the statement of facts as part of a joint submission in Crier's charter challenge that he suffered cruel and unusual punishment during his time in custody.

"The joint recommendation is appropriate based on the conditions Mr. Crier has encountered while in custody," he said. "I will adopt the submission."

The submission asked the judge to allow 2 1/2 days for every day spent in segregation.

Crier will have spent 788 days in segregation by the time he is sentenced, although 10 of those days were for disciplinary reasons and won't be counted toward a reduction in sentence.

Typically, an offender receives 1.5 days for every day in remand before sentencing.

A Gladue report, which is a pre-sentence report for offenders of Indigenous background, will be prepared before Crier is sentenced.

Sentencing arguments will be heard on April 1 and Labrenz will make a final decision on April 21, when the credit for time served will be applied.

Crier's former girlfriend, Tasha-Lee Doreen Mack, has also been convicted of manslaughter in the child's death. She has not yet been sentenced.

This report by The Canadian Press was first published Feb. 14, 2020

Calgary father convicted in toddler's death from staph infection granted parole
Feb 26, 2020 3:47 PM
Comments
We welcome your feedback and encourage you to share your thoughts on this story. We ask that you be respectful of others and their points of view, refrain from personal attacks and stay on topic. To learn about our commenting policies and how we moderate, please read our Community Guidelines.