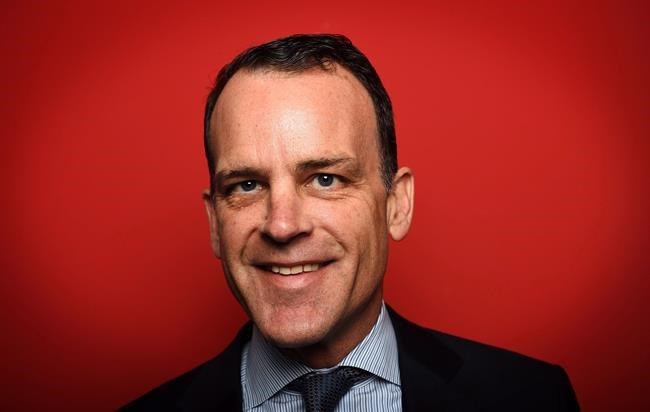 EDMONTON — Alberta Investment Management Corp. has named the former — and often outspoken — head of Canada Mortgage and Housing Corp. as its next chief executive.

The investment manager said Thursday that Evan Siddall will officially start in its top job on July 1.

"Evan is a veteran of the financial services industry and a well-regarded executive with the skill, presence and acumen to lead AIMCo," Uebelein said in a release announcing his successor.

"I have every confidence that Evan will lead AIMCo to even greater heights for the benefit of its clients and for all Albertans."

Siddall stepped down as CEO of CMHC earlier this month after serving at the federal housing agency since 2014. He was replaced by Romy Bowers, a former managing director at the Bank of Montreal.

Before joining the national housing agency, Siddall was a special adviser to the governor of the Bank of Canada.

He spent 20 years with investment banking firms in Toronto and New York and two as a senior executive with Irving Oil Limited.

At CMHC, Siddall had a reputation for being outspoken.

He triggered criticism from Realtors and their associations when he urged the industry to “call out the glorification of home ownership for the regressive canard that it is" early in his time in the role.

Realtors were quick to push back and shared surveys that proved the majority of millennials or future homebuyers were keen to own homes.

When the COVID-19 pandemic hit towards the end of his tenure, Siddall attracted attention again for forecasting the fall of housing prices and the rise of mortgage arrears.

Neither materialized and he eventually took to Twitter to acknowledge his critics.

“We never pretended to have (a) crystal ball. Nor are we all-knowing on housing,“ he wrote. “We meant to contribute to a discourse, even though it was hard to be precise about future. In hindsight, we could have made that clearer.”

At AIMCo, Siddall will be responsible for more than $118 billion in assets under management and investing on behalf of 31 pension, endowment and government funds in Alberta.

The investment manager boasts of having annualized total fund returns over four and 10 years of 6.1 and 7.7 per cent, respectively.

"I am delighted to join Alberta Investment Management Corporation as Chief Executive Officer and to further strengthen the organization's commitment to its clients across all aspects of its business," Siddall said in a release.

"I am looking forward to working with AIMCo's talented team of professionals in delivering consistently superior investment performance on behalf of our clients."

This report by The Canadian Press was first published April 15, 2021.