Having children help with chores lessens the load for parents and teaches skills kids need to become independent adults. But other benefits may come as a surprise.
Allison Chorney May 8, 2022 12:00 PM
Previous Next
1 / 1
Expand
Previous Next
Listen to this article
00:07:47

When it comes to housework, having a child in the home exponentially increases the workload. The endless toys, games, books and gear; the inevitable spills and the infinite laundry – kids and messes go hand in hand.

Having children help with chores lessens the load for parents and teaches skills kids need to become independent adults. But other benefits may come as a surprise.

But at what age should the chores begin? Gross suggests as soon as children show interest.

"My mom always used to tell us to get them involved before they realize it's work," she said. "Because little people love to help, they love being part of what's going on. So, get them started as early as they can."

Gross said children as young as four years old can complete regular chores, such as putting away toys or helping set the table. She said even an 18-month-old can help sort socks. 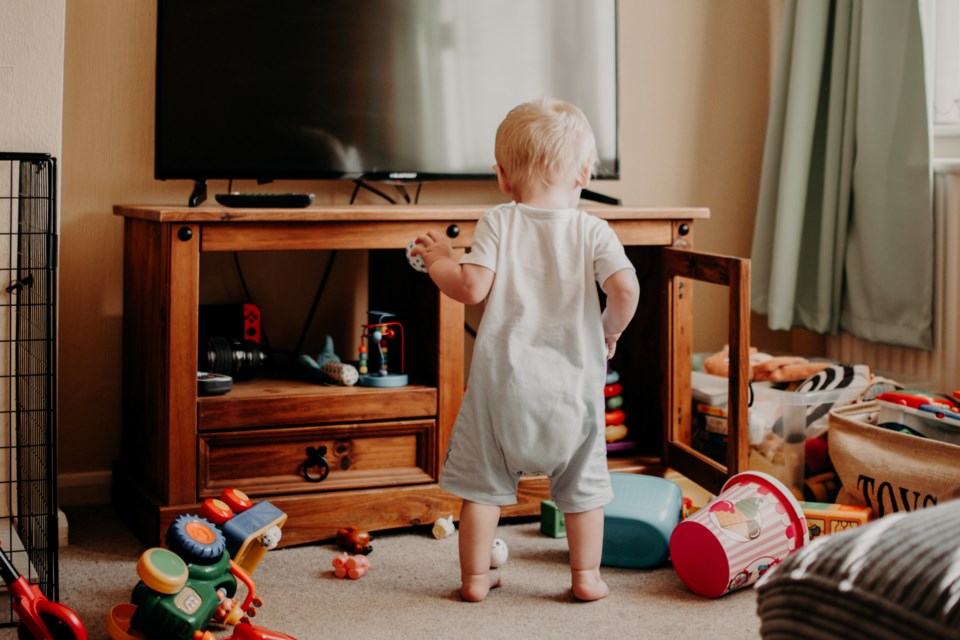 However, it is important to keep in mind the expectations of an 18-month-old are going to be different than those of a 12-year-old. Parents need to consider the skills their child has.

"Sometimes, you have 12-year-olds that are really responsible. You can trust them with the china," Gross said. "Other kids, you're not going to do that. You don't want to give them Grandma's priceless vase, because it's going to get broken."

Setting your child up for success is crucial, Gross added

"We really want them to feel – especially early on – that they can do this, they can achieve this," she said.

Before introducing a chore, ensure there are places for everything and that your child knows what goes where. Provide clear and realistic expectations so they understand what the completed task looks like.

Gross said you cannot simply ask your child to go clean their room. Instead, ask them to complete small, easy-to-do chunks of the task, such as putting away all of their toy trucks and cars. Once that job is done, ask them to put the next specific item away and so on.

"If you say you need to clear the teddy bears off the floor and they shove them all under the bed, are you OK with that?" Gross asked. "Some parents would be OK with that. Others might say, 'This is not what we agreed on.' Go back through your expectations of what that would look like, and then let them try again."

Another way to aid success is to set age-appropriate time limits.

"A little person might only have 15 minutes for chores. You don't want to drag it out because then it seems like they take forever," Gross said. "It needs to be accomplished and they need to be able to accomplish it right." 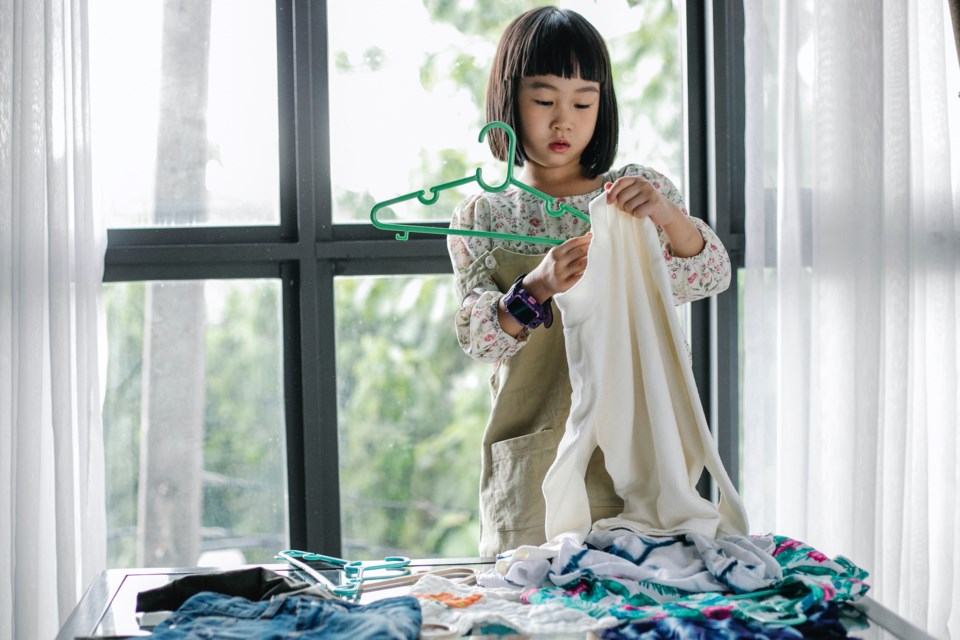 When it comes to older kids, the time limit helps motivate them because they know once the time is up, they are free to go, as long the task is completed.

When assigning a new chore, Gross noted the caregiver should perform the task alongside the child.

"You can do it first and show them how to get it done, and then they can help you to do that chore. Then you actually help them to do the chore. [Finally,] they do the chore with your supervision," she said.

Once they show they can accomplish that skill, a new task can be added.

Gross said finding ways to make housework a fun part of family time is invaluable. She suggests putting on music and dancing as you clean. The goal is to flip the narrative that chores are a punishment.

To help kids stay on task, ensure rules are in place and children are aware of them. Gross gave the example of her eldest son's tendency to get distracted while cleaning his room.

"I told him I only work as long as he did," she said, adding when her son stopped to read comics, she stopped helping. "He still had to clean his room, whether I was there or not."

Gross said this helped her son learn the chore is completed much faster when he stays focused and gets his mom's help. 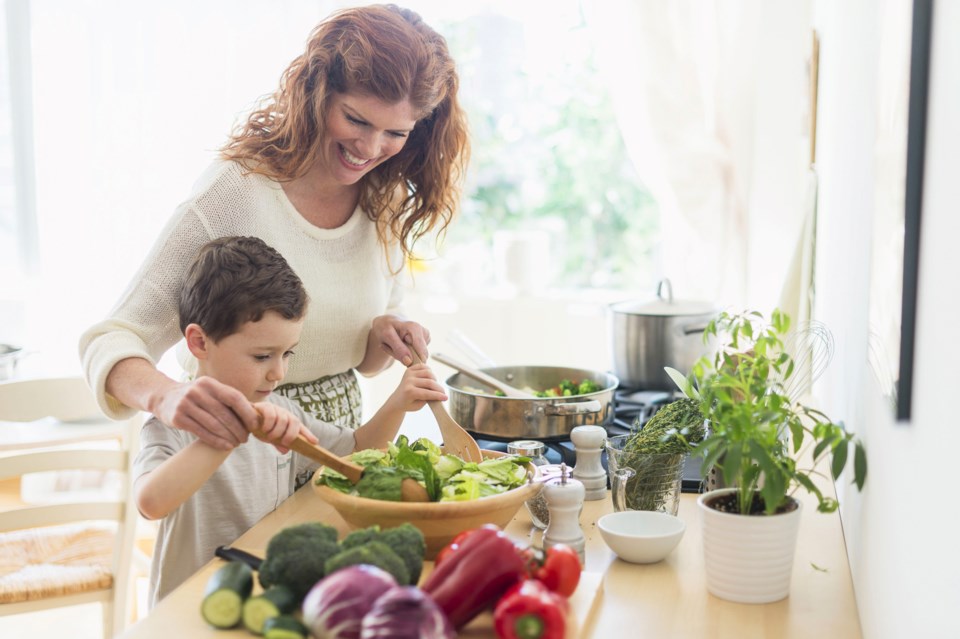 As housework is a part of family life, being consistent makes it a part of the family framework. Whether it's daily chores such as making the bed or weekly tasks such as cleaning the bathroom, children need to know these things have to be completed each day/week.

When it makes sense, parents can encourage children to complete chores at the same time each day. For example, dirty clothes are put in the hamper when they change into pyjamas or dirty dishes are removed from their lunch box and put in the dishwasher when they get home from school.

For many parents, chores and allowance go hand-in-hand. However, unless caregivers are trying to teach their child about money, Gross recommends not tying monetary rewards to housework. However, the appeal of earning a few bucks can motivate children to take on tasks beyond their ordinary chores. For example, raking the leaves in the fall or shovelling snow in the winter.

"Earning your money is a good thing, but it shouldn't be for the things you do as part of a family," she said.

How then will parents compel children to do their chores? Gross said it's a process of balancing responsibility with privileges

Another type of consequence that can persuade kids to complete chores is called a natural consequence. This occurs because of an action or inaction. 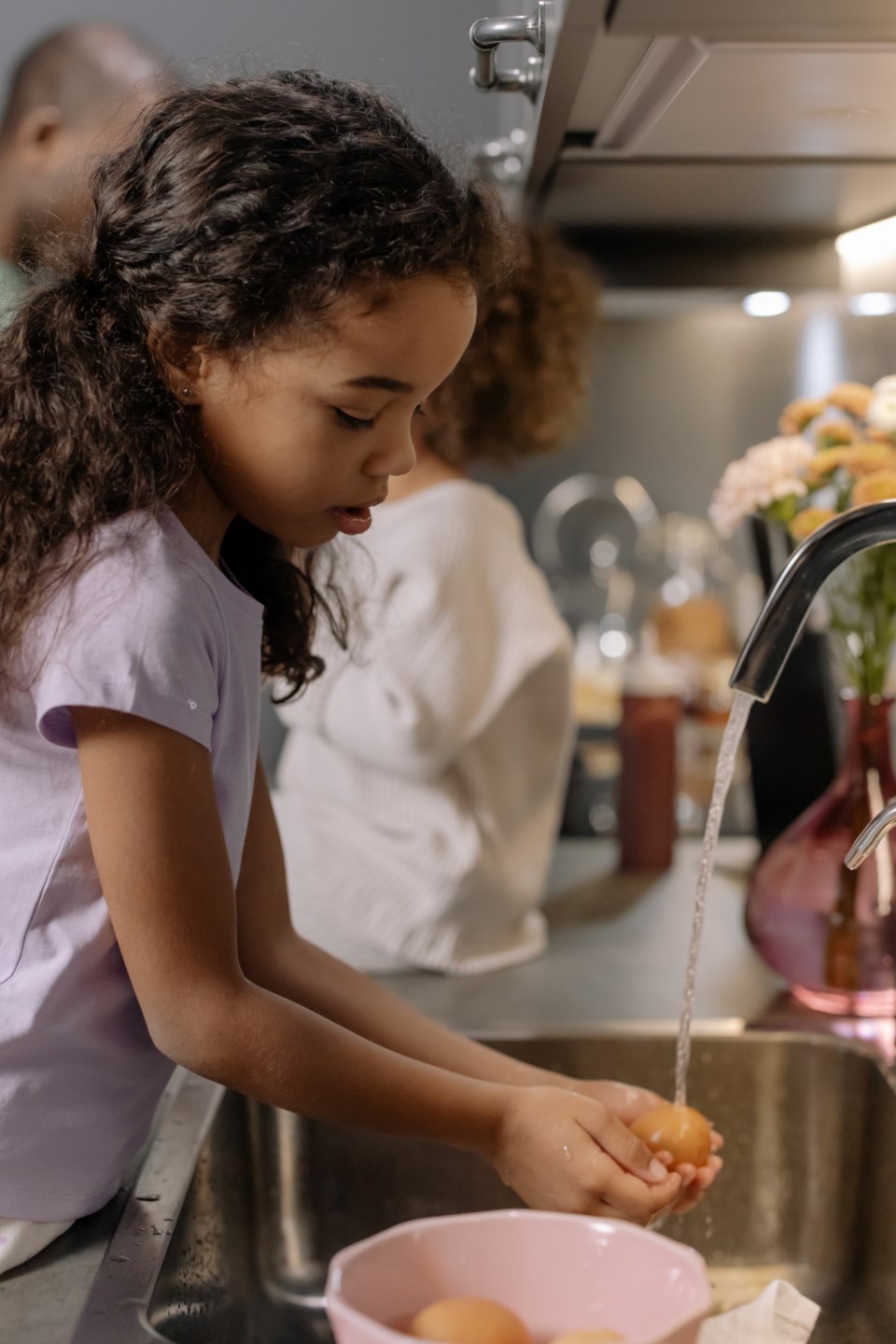 "An example of that is you've asked them to have their laundry in the hamper and in the laundry room by Friday. Whatever is not there by Friday doesn't get washed," Gross said.

The child will soon learn if they want something washed by a parent or whoever is doing laundry that week, they need to meet the previously established expectation. The consequence of not doing so means they will have to wash it themselves or wait until the next week to wear it.

There are logical consequences as well, which are externally enforced by the caregiver.

"That's not the best consequence necessarily, because we don't necessarily want our kids only to do things because they're going to get in trouble if they don't," Gross said.

For example, if a chore is not completed and the caregiver must do it, the child must do a task chosen by the parent.

"I usually tried to make those not the most fun chores," Gross said. "They don't have to be nasty, but your goal is to really get them to think about, 'Is it really worth not doing that five-minute job? Now I'm going to be doing this job, and it's going to take me a lot longer, and it's not going to be as much fun.'"

She added consequences can be a reward. For children, a consequence of doing their regular chores could be picking the movie to watch on the weekend or going to the mall with friends. Gross warns, though, caregivers should be careful with rewards as there is a tendency to keep upping the ante – today they get to stay up late, but tomorrow they expect a new bike, for example.

For more information on age-specific chores, homework, responsibility and more, contact Community Links at (403) 945-3900 and ask to speak with a Parent Coach.