If you picture the Alberta prairies, the landscape that comes to mind likely doesn’t include a thriving tree population.
Allison Chorney Aug 28, 2021 4:00 PM
Listen to this article
00:07:22

If you picture the Alberta prairies, the landscape that comes to mind likely doesn’t include a thriving tree population.

“Let's face it, it is a tough business to grow and maintain trees in the prairies,” said Graham Huber, co-owner of Prairie Woodlands Tree Care Ltd. “Between the Chinook winds, short growing season and unpredictable weather, trees have a rough go in this part of the country.”

However, trees are a popular element in most residential areas of Airdrie. Lining City-owned streets and adorning private residences, it’s clear to see the foliage is an essential part of Airdrie’s suburban, neighbourly aesthetic.

“Trees are a community asset and an important part of a community’s image, identity and well-being,” states the City of Airdrie on its Urban Forest webpage. 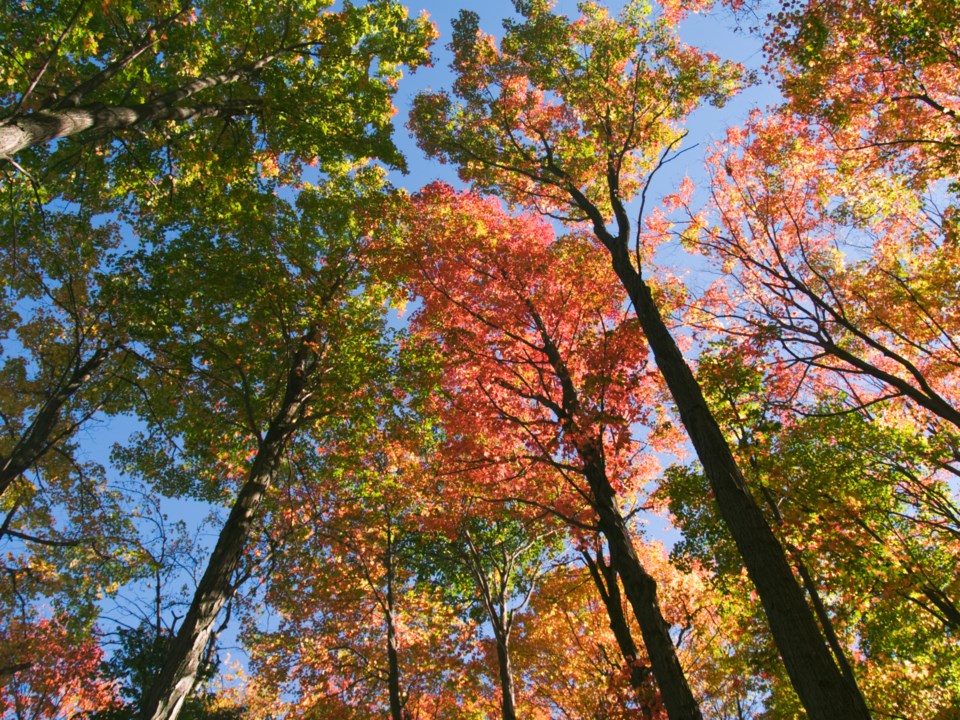 As the heat of summer simmers to the crispness of fall, it is time to give those tall shade-makers some care to ensure a healthy start to the growing season come next spring. According to Huber, who is an International Society of Arboriculture (ISA) certified arborist, checking for disease and insect-related issues is a good start.

While there are many tree species in the city, Huber said columnar aspens are one of the most popular in Airdrie. However, they are prone to hypoxylon canker and bronze leaf disease – both of which spread quickly to other aspens and can be fatal for the tree.

According to Natural Resources Canada, hypoxylon canker is a widespread and serious disease that can kill large numbers of trees.

“The fungus penetrates the young bark through a wound on a branch near the intersection with the trunk. The bark then turns orange-yellow and becomes deformed,” states the federal department’s website. “The following year, the infected zone expands and becomes rough and full of blisters and cracks owing to spore production.”

According to the City of Airdrie’s Tree Disease Reference Sheet, hypoxylon canker results in swollen distorted areas on branches or the trunk. These areas will be discoloured and show a grey and white camouflage pattern.

Bronze leaf disease, meanwhile, is a fungus that enters through the tree’s leaves and spreads very quickly, according to the reference sheet.

“Affected branches turn a reddish/bronze colour, while the veins of the leaves remain green,” states the City document. “Those leaves will remain on the tree well into the winter. They contain the spores that will spread to new hosts the following spring.” 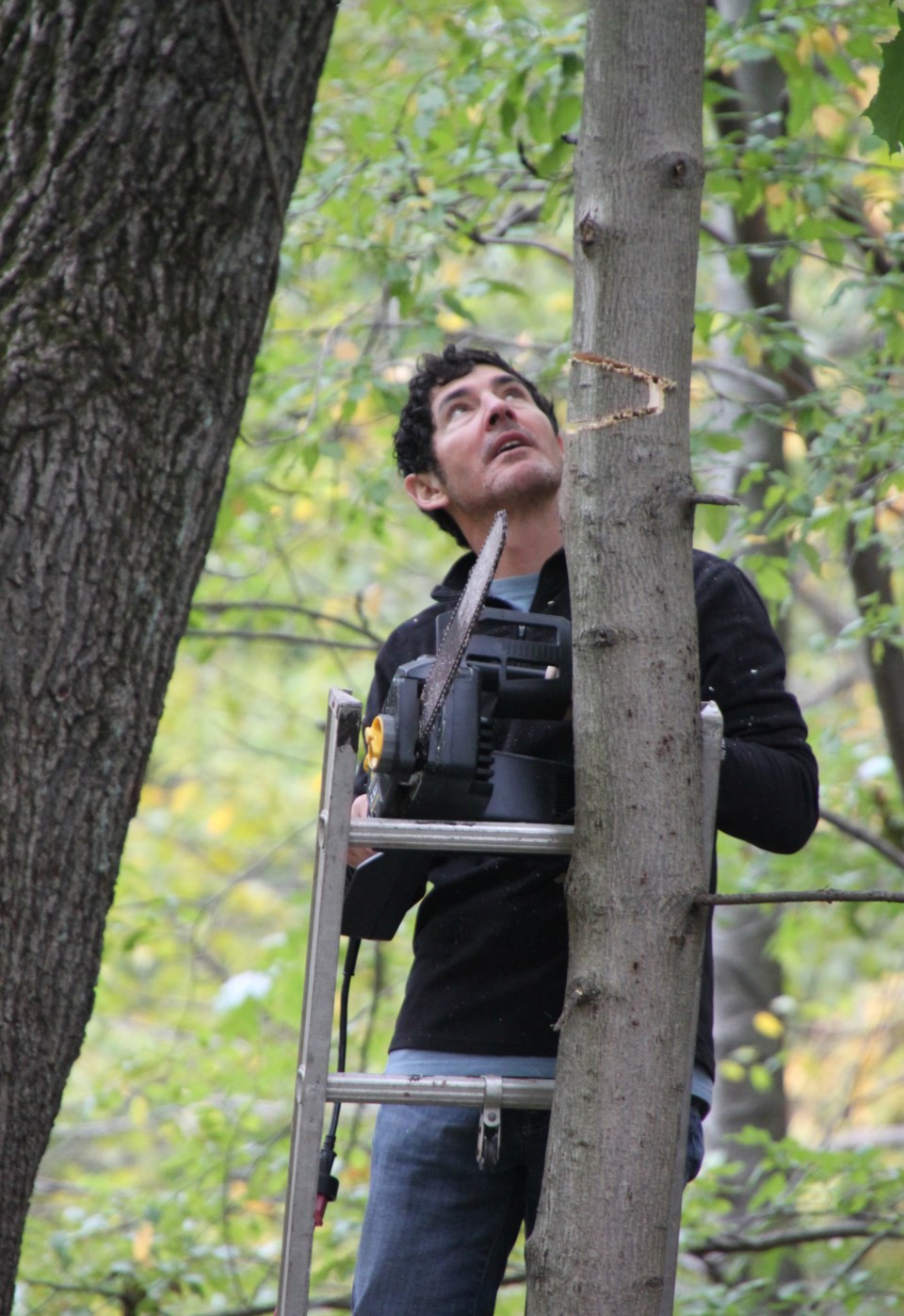 Another popular tree in the city is Schubert Chokecherry, which Huber said is susceptible to black knot.

“Black knot is a highly contagious fungal disease [that] can cause branch die-back or even kill your entire tree if left unchecked,” reads the City’s reference sheet.

The growth is easy to spot as a “big black chunk of growth on the twigs” develops, according to Huber, deforming the tree’s branches and reducing growth.

It is always a good idea to have an ISA-certified arborist inspect, assess and work on your trees, according to Huber.

“There is a large array of insects and diseases that are species-specific,” he said. “Treatment often varies from tree to tree and can include pruning, chemical treatment and, in some cases, complete removal.”

One insect to watch for in Airdrie is the spider mite, which the City’s Tree Insect Reference Sheet warns can affect “spruce, juniper and cedar by piercing individual cells and sucking the sap out of them.”

“The damage shows up as light yellow/orange stippling and tiny webs may [be] visible at the base of the needles,” according to the reference sheet.

Once disease or insect infestation is addressed, Huber suggests homeowners look at clearance and structural pruning.

Clearance pruning removes tree limbs that are too close to buildings, wires, lights, sidewalks or roads. While structural pruning refers to selectively removing branches to favour a dominant stem, or the trunk.

“Fall is a great time to prune trees as the canopy is bare and diseases such as black knot fungus and bacterial fire blight, and structural defects can be easily spotted,” Huber said. 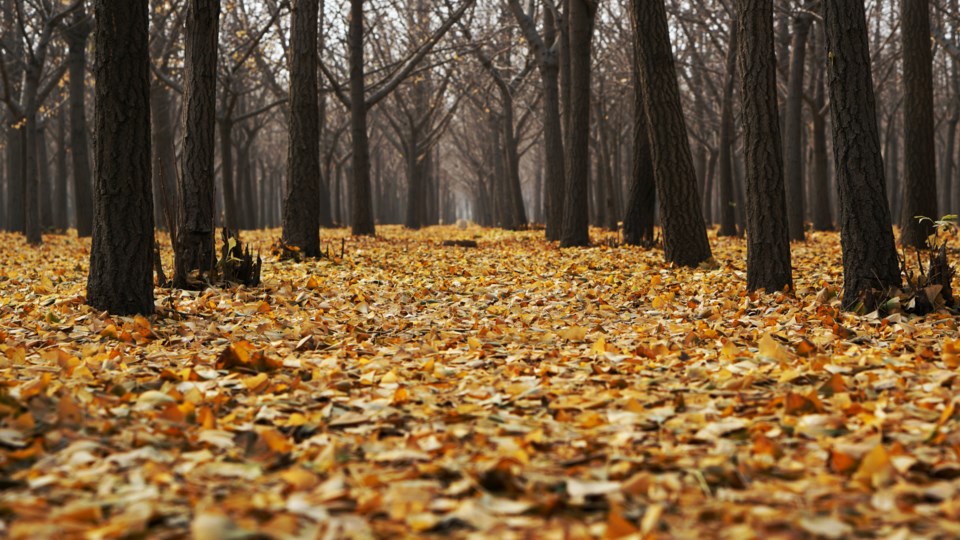 “An early snowfall can have adverse effects on fast-growing deciduous trees [such as] maple, poplar, ash, elm,” Huber said. “These trees are prone to stem failure if they are overloaded. Reducing the weight on long laterals can mitigate this.”

While spring is generally considered the ideal time to prune, most light pruning can be completed at any time of year with little impact on the tree. An exception to the rule is the elm tree. A pruning ban prohibits trimming elm between April 1 and September 30, according to the City, because of Dutch elm disease (DED). The fatal fungus only infects elm and is spread by bark beetles, which are active during the pruning ban and are attracted to the scent of freshly cut trees.

With any pruning, it's important to remember that if you're not sure why you're cutting or what should be removed, to consult a certified arborist.

“Pruning must be done with an understanding of tree biology because improper pruning can create lasting damage or shorten the tree’s life,” according to the ISA.

With the hot, dry summer Airdrie has experienced in 2021, it's fair to assume trees have lost vital nutrients in the soil. To ensure trees rebound and absorb nutrients throughout the winter, Huber recommends applying fertilizer in the fall. It is good practice to use a slow-release, complete fertilizer containing moderate amounts of nitrogen, according to the City of Calgary’s Tree and Shrub Care in Your Yard webpage.

Huber said once the leaves have dropped, water the tree one last time to quench the roots before freezing occurs.

“If you are unable to fertilize your trees, then at the very least, we suggest watering them in before the ground freezes,” he said. “In Airdrie, even mature trees – particularly green ash – are prone to winter desiccation [devoid of moisture] due to our harsh and especially dry winters.” 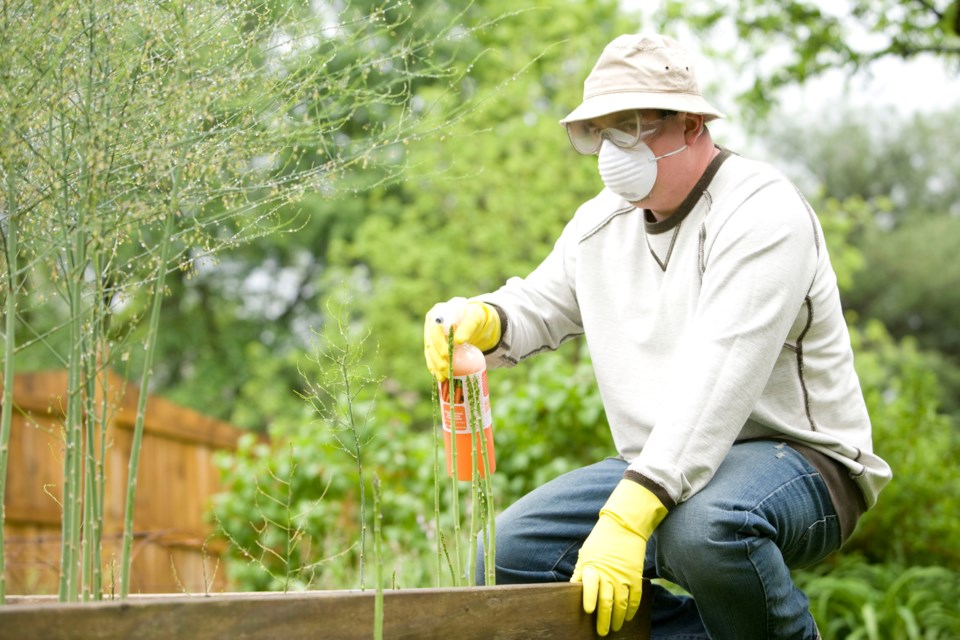 Laying mulch promotes healthy trees, whether applied in the spring, summer or fall. When applied correctly, according to the ISA, mulch reduces soil moisture loss through evaporation. It also controls weed germination and growth and insulates the soil, which protects its roots from extreme summer and winter temperatures.

“Mulching is one of the most beneficial practices a homeowner can use for better tree health,” states the ISA. “Mulches are applied to the soil surface to maintain moisture and improve soil conditions. However, if misapplied, mulch may have little, or even negative, impact on the trees in your landscape.”

A free mulch alternative that will have homeowners who don't enjoy raking leaves jumping for joy, is the tree's leaves after they drop. The leaf layer acts as insulation and provides nutrients to the soil as the leaves decay. However, if the tree shows signs of a leaf fungus, Huber said the material should be removed.

“It is quite beneficial to have those leaves as mulch…because trees prefer to have that natural organic layer on top as they would in forests,” he said. “The leaves benefit the lawn, too, and the insects.”