Earlier this year, Nayt Bennett uprooted his life to fulfill a dream of opening his own butcher shop.
Sep 24, 2020 4:00 PM By: Kate F. Mackenzie 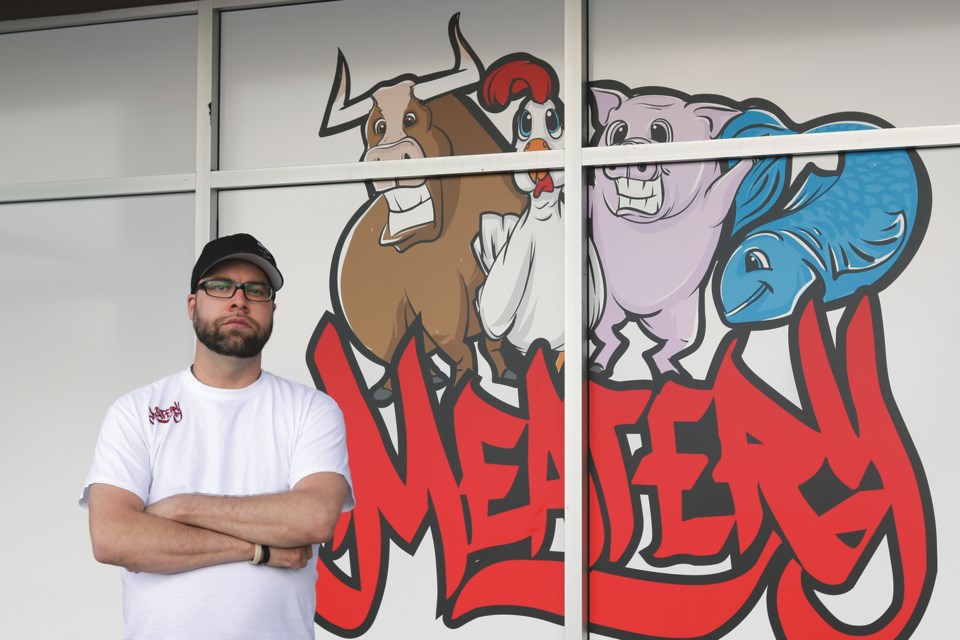 Earlier this year, Nayt Bennett uprooted his life to fulfill a dream of opening his own butcher shop. After operating in Airdrie for only a few months, his risk has already paid off with a Best of Airdrie Reader’s Choice Award in the Best Beef category.

Although Bennett has been in the butcher shop industry for 16 years, opening The Meatery on May 4 ­was the first time he started working for himself.

“I’d had enough of working for other people,” he said. “They didn’t let me reach my full potential, and I’ve always wanted to have my own shop.”

To make that goal a reality, Bennett packed his bags at the start of 2020 and moved to Airdrie from Edmonton to pursue his dream.

However, opening a new business during a global pandemic was not easy, Bennett added.

“I was a bit nervous because of COVID-19,” he said. “I didn’t have enough funding to get all the supplies right away. It was very nerve-wracking. Then we finally got the ball rolling…and business spread through word of mouth.”

Bennett said he’s had an interest in the meat industry since he was a child, when he would poke at packaged meat while grocery shopping with his parents.

“It’s been a very long time coming and it’s finally here and coming together,” he said.

Bennett believes the product he sells speaks for itself and is the reason he won the Gold medal for Best Beef after such a short amount of time in Airdrie.

“It’s an awesome AAA marbling beef,” he said. “It tastes better than the best, and only the best for the best customers.”

Although The Meatery took over the location of a similar business – The Butcher Shoppe – Bennett said his store has its own identity and stands apart from the former tenants.

“I have no affiliation with them,” he said. “I only know them from the deal we made to buy the business. I want to separate myself from them because I want my own brand. I want to be the best butcher shop Airdrie has ever had.”

Although Bennett is originally from Vancouver and previously called Edmonton home, he hopes his business will allow him to get more involved in the community.

He also hopes his shop will become Airdronian’s number one choice for purchasing meat.

“I want the whole city to come to our shop and stop going to Safeway, stop going to the big box stores, use the local guy,” he said.