Despite being a new addition to Airdrie’s business community, in its first year in operation, My Garage Auto & Tire has quickly created a reputation for putting its customers first.
Sep 26, 2020 1:00 PM By: Kate F. Mackenzie 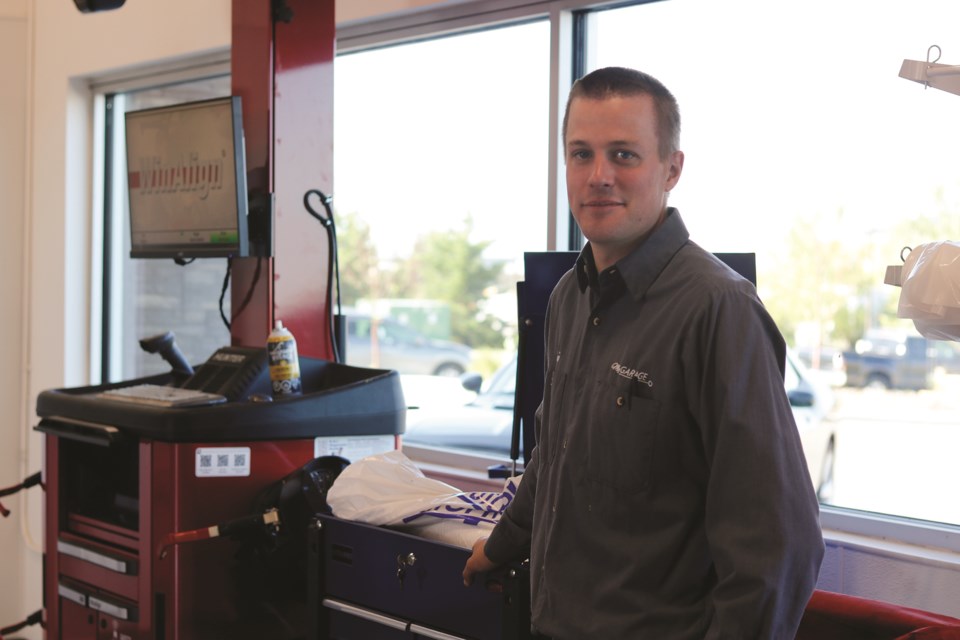 Despite being a new addition to Airdrie’s business community, in its first year in operation, My Garage Auto & Tire has quickly created a reputation for putting its customers first.

"We work very hard to take care of people and we're really trying to build those lasting relationships with our customers," said Chris Dekker, owner and founder of My Garage.

"People seem really refreshed to get that from a business like ours," he said. "When you tell a person, ‘look, we've screwed up,’ the expression on their face is priceless because they've never heard that from a mechanic before."

Dekker's honest business approach is working in his favour, and he said he’s needed very little advertising as most of his business comes from referrals.

Dekker said there are many "great shops" in Airdrie customers can choose from, but My Garage’s service is geared toward customers who pay special attention to their car.

"That's our niche," he said. "We always say the more you care about your vehicle, the more you'll enjoy our service because we're definitely competing more on quality and service than on price."

He added My Garage "sticks to what it's good at" and, according to Dekker, they're good at fixing newer vehicles.

"If you have a 2015 vehicle with an electric problem and you've been to three different shops and no one can figure it out, we're the shop for you," he said.

A testament to their technical capabilities are the complimentary electric cars customers can use to go about their day while their vehicle is in the shop, Dekker said.

"A lot of our clients drop off their car in the morning, and they work in Calgary, so now they still have a way to get to work," he said. "It just makes the whole service experience more convenient."

Although My Garage's focus is on quality, Dekker said fair pricing and wages for customers and employees are still important aspects of his business. Specifically, he pays his technicians by the hour rather than on commission.

According to Dekker, the first year of business has gone smoothly. After working in the automotive industry for 16 years and serving as co-owner of a previous company, he said he knew what he was getting into.

"I've been in this industry for a long time, and everything's gone pretty much according to plan," he said. "Of course, you always have little surprises along the way."

Dekker said he was excited to find out he had won a Silver Best of Airdrie Readers’ Choice Award in the Auto Service category and Bronze in Oil Change.

"We're definitely proud of the reputation we have in Airdrie and we've worked really hard for it," he said. "It's only our first year here, so it’s an honour," he said.