Davis Chevrolet is committed to the community 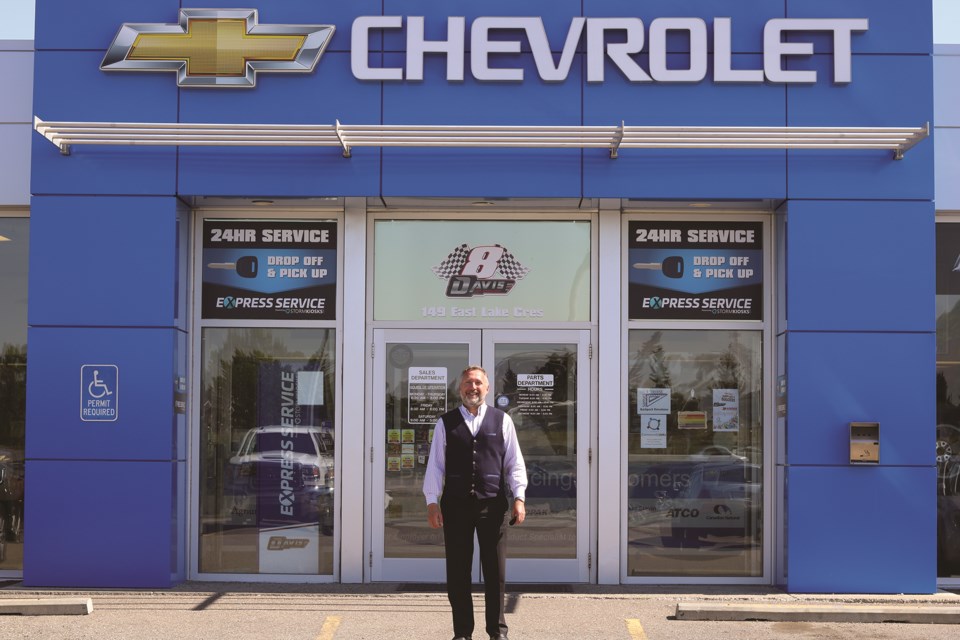 Family-owned car dealership Davis Chevrolet does more than just sell cars; it gives back to the community.

“It’s like being a corporate citizen,” said Glenn Smaha, general manager of Davis Chevrolet. “We’re part of the community rather than just being a business that’s there.”

According to Smaha, this commitment to the community paired with its sales model is likely the reason Davis Chevrolet is the winner of this year's Best of Airdrie Readers' Choice Awards for Best Corporate Sponsor and Best Auto Dealership.

Smaha said charities like Airdrie Meals on Wheels have struggled in recent years and the “service they provide is something our community needs.”

This commitment to community service has been a priority since the Davis family bought the dealership in 2012, Smaha said.

“The Davis family and myself have strong small-town values, and community is at the core of that,” he said. “We’ve worked hard at making sure we were supporting our community and involved in things we believed in.”

Smaha attributes winning the Gold award for Best Auto Dealership to how Davis Chevrolet does business with its customers.

“Our sales staff is non-commissioned and has been since 2012, so they don’t have a vested interest in how much the customer pays for their vehicle,” he said. “Their concern is finding the right vehicle that the customer wants to buy.”

Transparency with customers is also valued, and Smaha believes it’s the little details in their sales that resonate with their clients.

“When you buy a vehicle, a lot of dealerships will choose to charge you the $100 excise tax on the air conditioning, which is actually built into the cost so we don’t ask for it again,” he said. “We make a point of showing that what we do is different from the norm, so people have a little more trust, faith and confidence in us.”

Ensuring the dealership is a place where all people feel comfortable inspired their “Davis Divas” program, which is hosted once every year and encourages interested women to learn about car maintenance.

“Whether they bought a Chevrolet, a Ford or a Toyota, it doesn’t matter to us,” Smaha said. “It’s about opening our doors to the community and providing some information and knowledge, so they feel empowered and comfortable coming into a dealership.”

Smaha added he and his team are grateful their hard work and commitment to Airdrie has paid off with the awards.

“We’ve made it through this long journey of change through the last eight years and customers appreciate that, and that means a lot to us as well,” he said.