Michelle Kitchener has been in the service industry since she was old enough to work.
Sep 19, 2020 1:00 PM By: Kate F. Mackenzie 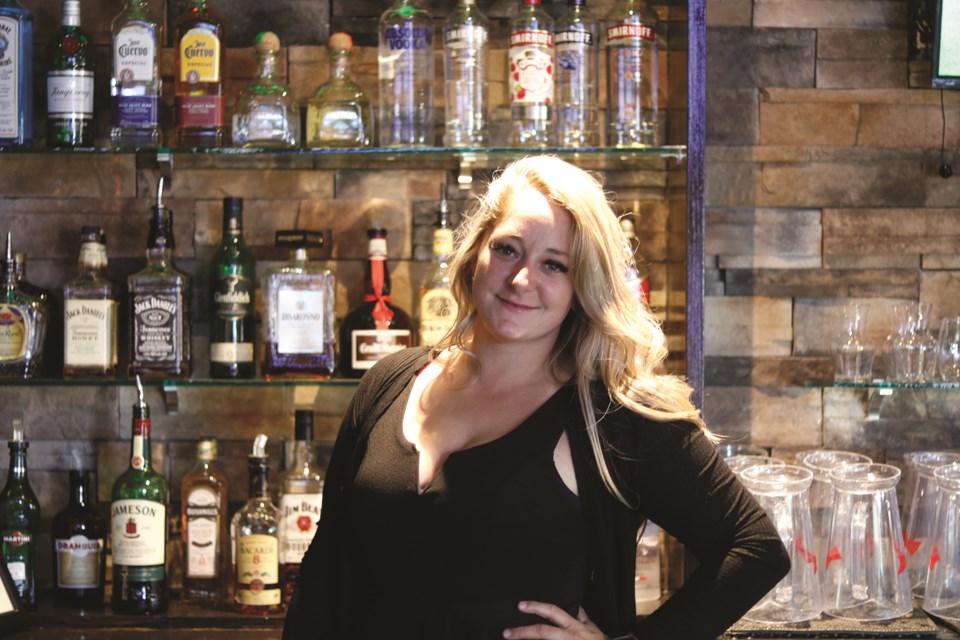 Michelle Kitchener has been in the service industry since she was old enough to work. Now a bartender and manager at Pauls Pizza Steakhouse and Lounge, her years of experience have culminated in winning the Best of Airdrie Readers' Choice Award for Best Bartender.

Born in Kelowna, B.C., Kitchener moved to Calgary with her family when she was 12 years old. She got her start in the service industry at White Spot – a family restaurant in Calgary that has recently closed due to the COVID-19 pandemic.

"I advanced from there as a hostess to a busser and then a server and a bartender," she said.

Kitchener has now been an Airdrie local and bartender at Pauls Pizza for five years and said the community is a big part of her success.

"The Airdrie community is very tight-knit," she said. "Everybody's very friendly. It's a laid back community and very family-oriented, which is nice."

According to Kitchener, a successful bartender makes every customer comfortable and feel like a friend.

"It's about making someone your ‘five-minute friend all day long,’ she said. "It's all about being able to analyze a person from the first three seconds they walk in the door."

Those first few seconds reveal how to approach and communicate with the customer, Kitchener said.

"I enjoy the people," she added. "I don't look at serving as a job, I look at it as something fun to do. It's fun to see all the same faces and get to know everybody."

With her friendly personality, it's not hard to imagine Kitchener as the archetypal bartender who will listen to your woes and dispense advice. However, not every customer is an easy one, she said.

"Not everybody is the same. Sometimes you get customers that aren't very happy," she said. "You just have to know how to work with them and how to approach them and communicate with them to make them feel comfortable and not overstep your boundaries."

Communication is an important part of the job, she said, and a skill all aspiring bartenders should work on. The ability to work in a fast-paced environment and have strong organization skills are also important assets, she added.

Family and community are important to Kitchener, who has a two-year-old son. It's also part of what she likes about Pauls Pizza, which supports local charities through its "Pizza with a Purpose" campaign. According to Hamdi Elsaghir, co-owner of Pauls Pizza, $2 of the net profit from every pizza sold on a Monday goes to an organization or charity.

"We've done the Boy and Girls Club of Airdrie, the Airdrie Food Bank, a lot of sports teams," Elsaghir said. "We've also done it for families that are in need."

Kitchener said she's proud to represent a company that gives back to the community.

"We can't be this great without the support of our customers," she said. "We want to say thank you to everybody for the continued support."

The local support resulted in the restaurant receiving several other Best of Airdrie Readers’ Choice Awards including Silver for Pizza, Silver for Affordable Eats, Bronze for Takeout and Bronze for Best Overall Restaurant